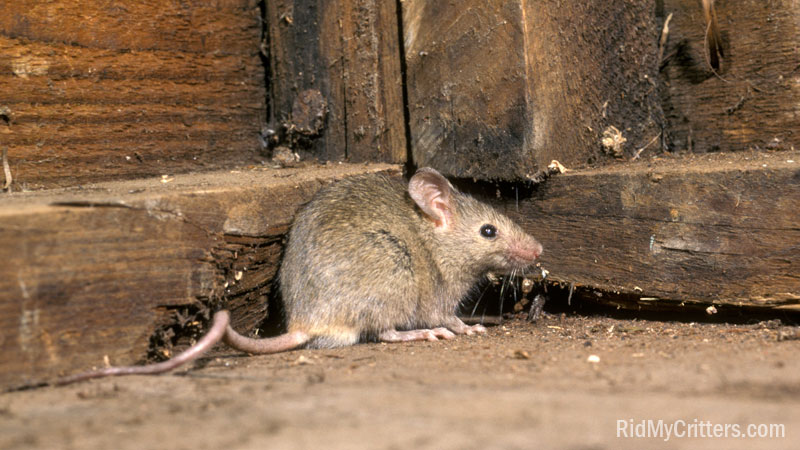 Disclosure: This post may contain affiliate links. This means that at no cost to you, we may earn a small commission for qualifying purchases.
43 shares

Love them or hate them, mice are quite common in nature. In fact, there are over 1,100 species worldwide. Of those, 200 call North America home. Many of these have adapted to living among humans and may even be nesting somewhere in your home.

Don’t worry, these critters are far less likely to be hanging with you in your living room than a basement or attic. In fact, most mice do their best to avoid people unless there’s no alternative source of food, warmth, and shelter.

However, when they do move in, knowing the particular species of mouse can help you figure out what attracted them and what (if any) health concerns they’re bringing with them.

Note that we will be covering species found primarily in the US here, as an international list would require a small book.

See Also: How to Get Rid of Rats

These critters have tails generally between 4 and 4.75 inches long, often with crests and bodies ranging from 3 to 3.75 inches in length. Their elongated, narrow hind feet have bare soles and allow them to jump longer distances.

Native to desert climates, they tend to spend the winter hiding in their burrows and are excellent diggers. Pocket mice prefer rocky to sandy soil.

Very similar in size and shape to the common house mouse, deer mice are a little larger and strictly nocturnal. Their large eyes and ears are designed to give them superior sensitivity in low light conditions. They don’t like inclement weather and will normally hide in their nests when a storm approaches.

Average body lengths for deer mice and their subspecies range from 2.75 to 3.75 inches in body length with tails roughly the same length or slightly closer to 3 inches. The biggest exception to this is the pinion mouse, whose body and tail are each an impressive 4 to 4.75 long.

The tails are generally bicolored with light hair with the exception of the deer mouse whose tail has heavy fur. Some species also sport a tuft on the tip.

Related: How to Get Rid of Deer From Your Yard

This family of mice have bodies generally ranging from 2 to 2.5 inches long (salt marsh and fulvous harvest mice grow up to 2.75 inches long) and tails that are furry and at least partially bicolor.

Most species have longer tail lengths measuring as long as 3.9 inches on the fulvous harvest mouse. What sets them apart, however, is the two-note call they make around dusk.

Named for its attractive orange-brown back and pale sides, the golden mouse has a body and bicolored tail each measuring 2.75 to 3 inches.

They’re commonly seen throughout Southern US. While a different specie, it’s often considered part of the deer mouse family

Ranging 3.5 to 4.5 inches long with shorter hairless, multicolor tails measuring 1.5 to 2 inches long. These mice get their name from their more insect-oriented diets.

Sometimes referred to as true mice, the house mouse gets its name because it’s most often found cohabiting with humans. In fact, it’s actually the second most common mammal in the world after Homo sapien.

House mice are infamous for leaving women on chairs and brown cupcake sprinkles all over the countertops. This type is often responsible for that dead mouse smell in the garage. However, despite their shy nature, these little guys can be quite friendly and tend to make great pets.

One subspecies, Mus musculus Disnicus, is a rare, highly developed breed that tends to walk on its hind legs and averages approximately 2 feet, 3 inches high and 23 to 30 pounds. The breed was first discovered in 1928. There are only a handful of known examples of this curious subspecies, however they are well cared for and at low risk of extinction. A more unique category of mice, jumping mice are fairly large, with a general body length of 3.5 inches and bicolored tails ranging from 5.5 to 5.75 inches in length.

They have unusually long feet which allow them to hop distances as long as 10 feet.

Sharing the family Heteromyidae with pocket mice and kangaroo rats, kangaroo mice have thick, hairy tails about 3.5 inches long which taper at both ends and are bicolored.

Both species have 2.75 inch long bodies, although the pale breed has a small tuft on the end of their tail.

Located in the Southwestern US, these mice have shorter, nearly hairless tails. They have a dark grey-brown back and grey sides, making them fairly easy to spot. The body generally grows to between 2 and 2.5 inches with a tail length of 1.5 to 1.75 inches.

Boasting silky soft fur, these mice are a little smaller than their coarse-furred cousins, with bodies measuring 2.25 to 3.25 inches in length.

The tails vary greatly between breeds, ranging from 1.75 to 3.5 inches in length, sometimes nude, sometimes furry or tufted, and possibly bicolor. Their fur gets its softness from natural oils that can become greasy if they don’t take regular dust baths.