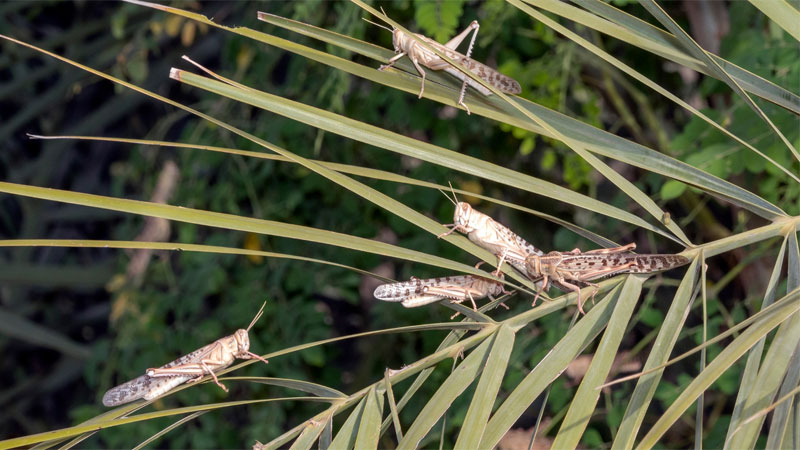 You’ve probably never given much thought to the Biblical plagues or how a little locust can be so devastating – until you walk outside one day to find your plants covered in the little green pests.

Locusts are a lot more common than you might think, and we’re here to give you the lowdown on what to do when you run into them.

Getting to Know Locusts

We won’t go into too much detail about locusts, since they’re literally a subsect of grasshoppers. Instead, we’ll focus on a few locust-specific facts that may help you identify a potential swarm invasion before it happens.

Related: How to Get Rid of Grasshoppers

Out of approximately 11,000 species of grasshopper, only 19 are dubbed as locusts. There are six main factors that lead to a species being deemed a locust by the scientific community. These are:

There are only a few species living in the US or which might cross into Texas. These are: 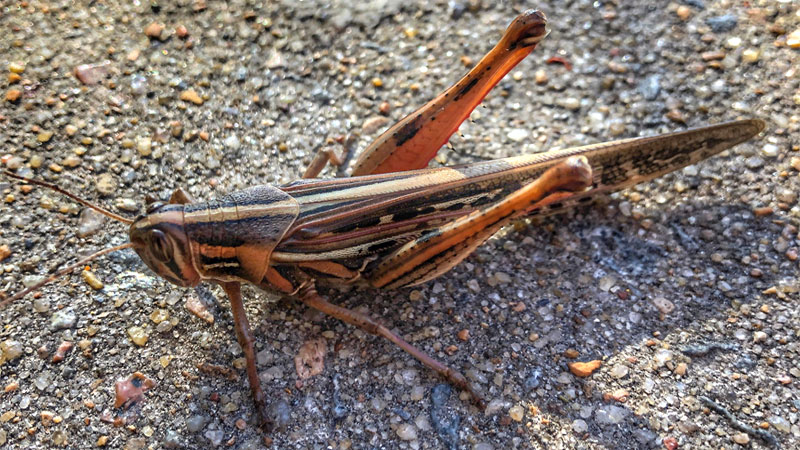 A rare exception to the swarming rule, American grasshoppers tend to only form small swarms on occasion.

A Mexican subspecies closely related to the American grasshopper which may occasionally wander into southern Texas.

Generally green to brown, darkening with age, and yellow antennae (some variations exist); known to feed in large swarms 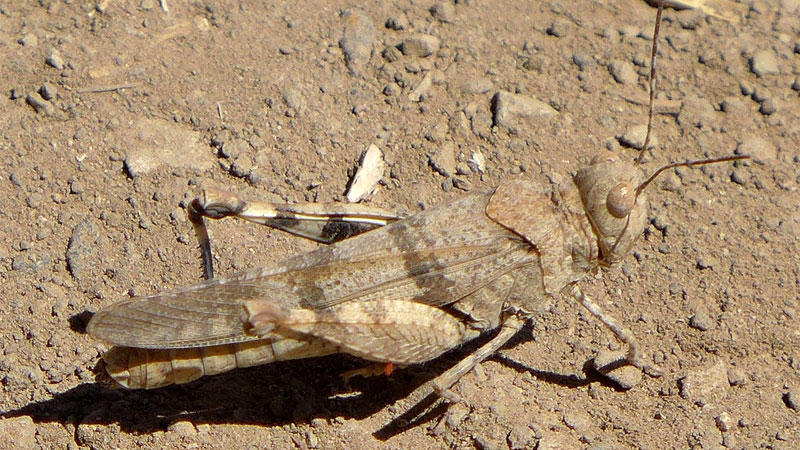 Now-rare species with banded wings that last swarmed in the 1930s.

Native to American deserts, they’re camouflaged to blend in with rocky soil and most often cause swarms in Arizona.

Holding a record in Guinness for an 1875 swarm estimated at 12.5 trillion locusts, the species suddenly vanished with one last sighting in 1902 and is now believed to be extinct. 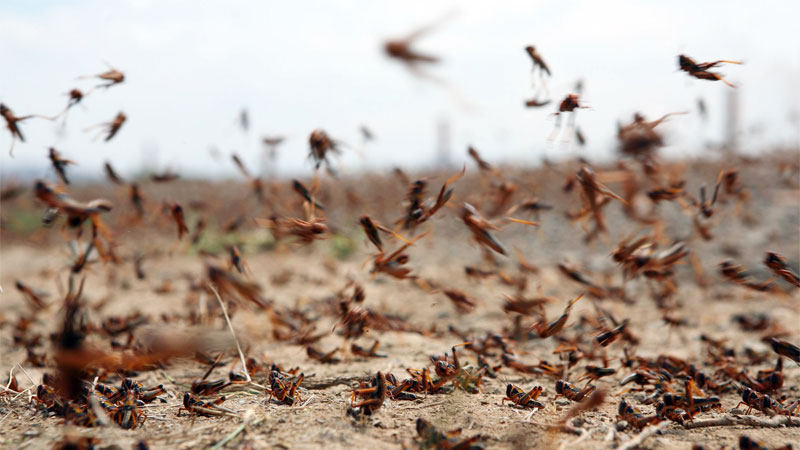 Grasshoppers may eat as much as 16 locusts do, but when you have hundreds or thousands of swarming locusts, a single grasshopper’s appetite seems nonexistent.

Swarms can be small or they can be insanely large, such as the swarm of Rocky Mountain Locusts, which covered an area larger than California. In a matter of days, a single swarm can completely denude acres of farmland. Ornamentals, flowering plants, and fruiting plants alike don’t stand a chance.

Will Locusts Harm My Garden?

A single locust might not do much harm. However, if they bring friends, your garden can vanish almost overnight.

They’ll eat leaves, stems, flowers, and fruit, and a swarm can leave you with only jagged bits of stem poking out of the ground where a lush garden was only a few days before.

Locusts are not only edible, they’re a valuable food source in many countries. In ancient Israel, they were an essential part of the diet for anyone taking the Nazarene oath.

To this day, they provide more protein and less plant consumption when compared pound for pound with cows. However, we don’t recommend plucking one off of a plant and popping it in your mouth unless you know how to prepare them properly.

Getting Rid of Locusts

When you suspect the grasshoppers in your yard might be locusts, it’s important to act fast. Luckily, there are plenty of ways to kill or repel locusts, even if they manage to get into your home. 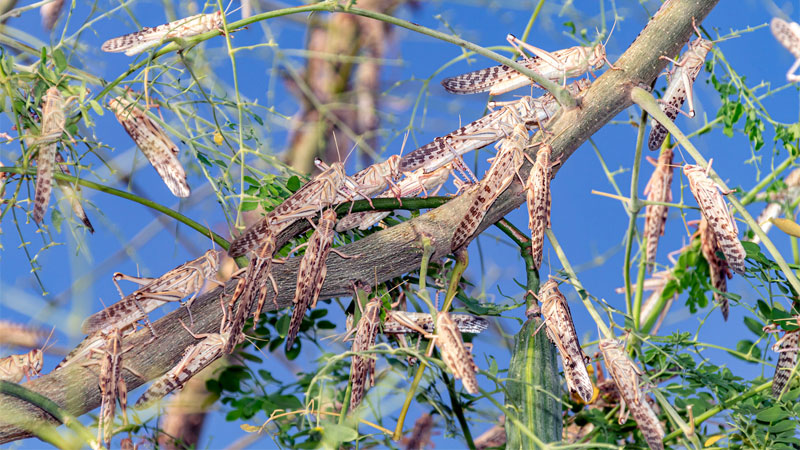 In most cases, you’ll run into locusts outside. The good news is they’re usually easy to deal with as long as you aren’t facing a major swarm.

As we’ve mentioned in the grasshopper article, all-purpose flour can be dusted on surfaces and will turn to dough when consumed, which can prevent the locust from being able to eat. It’s perfectly safe for use on plants, but can become messy if it rains soon after application.

There’s a wide range of critters that prey on grasshoppers and locusts, such as birds, frogs, lizards, and toads. You can attract these critters onto your property, but just be sure you don’t mind if they take up residence.

Sacrificial plants are nothing new to veteran gardeners, and are simply plants grown for the sole purpose of attracting certain pests so they won’t go after the plants you wish to keep. When it comes to grasshoppers, it can be tough to find a sacrificial plant because they’ll eat anything.

But locusts are a little more discerning as see tall grass as both a shelter and food source. Thus, you can plant a small patch of tall ornamental grass away from your garden and the locusts will usually be drawn to that spot. You can then kill them using a pesticide or other method without contaminating a larger area. 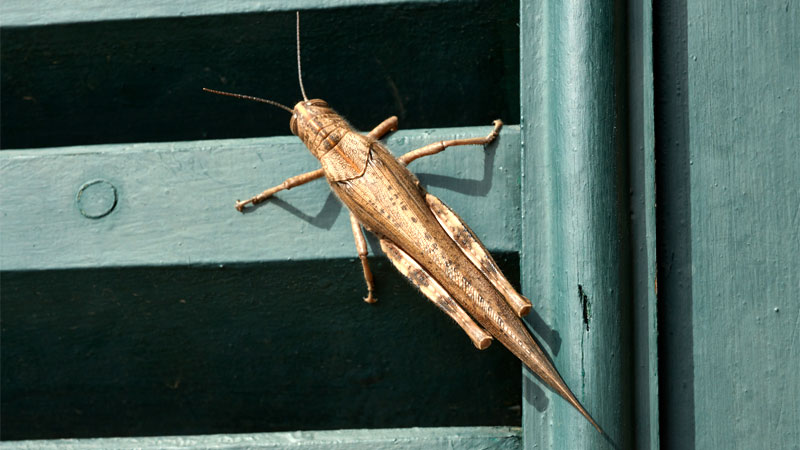 It’s pretty rare for a locust to enter a home of its own volition, but when there’s a swarm, a few could accidentally find their way into an open window or door.

Luckily, they’re not difficult to get rid of, even if you’d rather not pick one up with your bare hands.

While boric acid is generally safe for household use, even the best brands (such as Humco) can be a skin irritant and toxic when consumed. However, if you keep it away from kids and pets, sprinkling a little boric acid where the invading locust has been spotted can prove a fast and easy kill method. 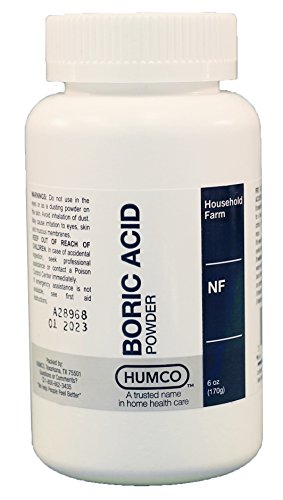 Garlic is a powerful repellent and can even kill some critters on contact. There are many ways to prepare garlic sprays, but one of the easiest and most potent ways is garlic tea. Simply run two cloves through a blender and mix with 10 cups of water. Bring the mixture to a boil, then let it steep overnight.

You can mix one part garlic tea per three parts water in a spray bottle (the rest can refrigerate for a week or two) and spray it on any plants or surfaces where the little intruder has been spotted.

Try to avoid spraying the furniture, though, unless you’re Italian or have a lycanthrope/vampire problem. The tea spray can be used outdoors as well as indoors, but can be rather potent if you don’t like garlic.

A while back, we reviewed the Bug-A-Salt line of “but sporting” goods. They’re technically meant for flies and other smaller insects, but they can still stun grasshoppers and locusts with a well-aimed shot.

The best part is, the ammo is table salt, so this method is a fun way to keep your prey from flying away. 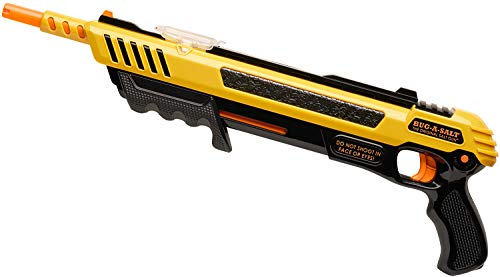 Sticky traps can be used both indoors and outdoors. You can buy the ones you use for houseflies or even make one yourself using anything from double-sided tape to honey on a strip of paper.

The advantage of sticky traps is that any bug (and even small critters like mice, if you’re lucky) will become stuck and starve to death. The disadvantage is that your pets or children can also get themselves stuck, and cleaning off the adhesive from hair or fur is a rather arduous task. 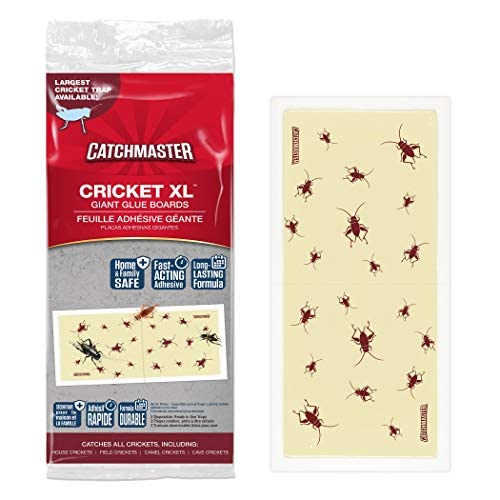 Tackling one or two locusts is one thing, but if you’re facing a full-on swarm, it’s time to call in some professional backup. By contacting a local exterminator quickly, they can deal with a swarm before your entire garden is denuded. However, expect to take some losses no matter how fast the cavalry arrives.

Because locusts are a type of grasshopper, we’ve kept it pretty simple here when dealing with control methods. However, you can find even more tips and tricks in our article on grasshoppers.