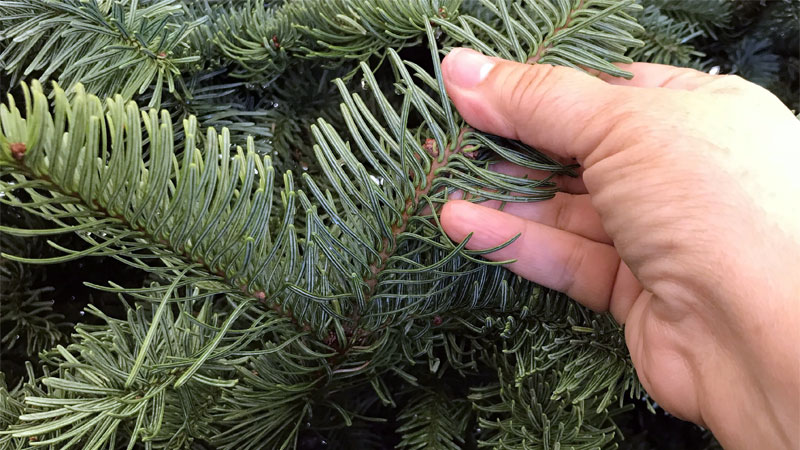 Disclosure: This post may contain affiliate links. This means that at no cost to you, we may earn a small commission for qualifying purchases.
360 shares

Johnny found some black aphids
Sally found mites too
The cat chased down a small mantis
Please tell us what to do!

Ahh, Christmas, the time when people around the world celebrate a number of religious festivals, many of which include a tree. Christmas trees have been around for a long time and even predate Christianity.

This long history, as well as an innate desire to connect with nature, lead millions of people to use live trees each year as opposed to artificial ones. But along with live trees come live bugs. Keep reading to learn how to get rid of the bugs and spiders that come free with your new Christmas tree.

See Also: How to Get Rid of Relatives (and Uninvited House Guests)

Why We Have Christmas Trees 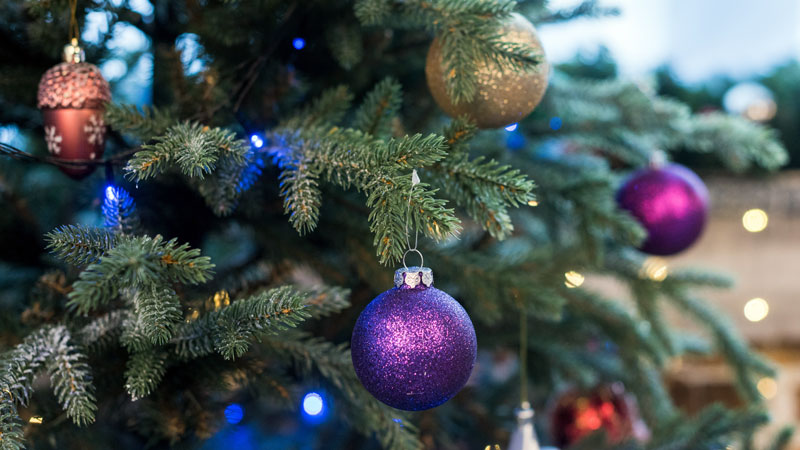 The use of evergreens during the winter solstice may be traced as far back as ancient Egypt and was a popular tradition throughout Europe and the Mediterranean. During the festival of Saturnalia, which ended December 25, Romans (and other cultures) were known to light candles in evergreen trees, a tradition mentioned in the Bible.

In the 16th century, residents of what is now Germany began taking fir trees indoors to decorate them during the solstice after clergy banned public plays that venerated Adam and Eve as saints (and involved decorating a tree known as the “Paradise Tree”. From the safety of their homes, people would set up the tree and build little pyramid-shaped candle stands of wicker to dedicate to each family member.

The first official records of Christmas trees follows soon after in 1605, where ribbons, apples, paper flowers, and foil were used to decorate the trees. The Church largely condemned the use of Christmas trees, so the tradition remained largely Germanic until 1846 when a sketch of Queen Victoria, her husband, and their kids all gathered around a Christmas tree was published in the Illustrated London News. It then became an English tradition almost overnight.

The US finally adopted Christmas trees decades later after efforts to instill more family-friendly holiday practices, and it is now a universal symbol of the season that stands apart from religious connotations. Despite the availability of artificial trees, live trees remain popular and are even considered safer for the environment.

The Good and Bad News

The good news is that a Christmas tree is still alive when you bring it home, and will help provide oxygen and cleaner air for your home. It also tends to give a pleasant smell and can even regrow its roots and be replanted if you care for it properly.

The downside is that evergreens, especially firs, tend to excrete a sticky sap and are host to a wide range of pests. Tree farms and distributors generally try to treat the plants before you buy them, but sometimes some bugs can get through. 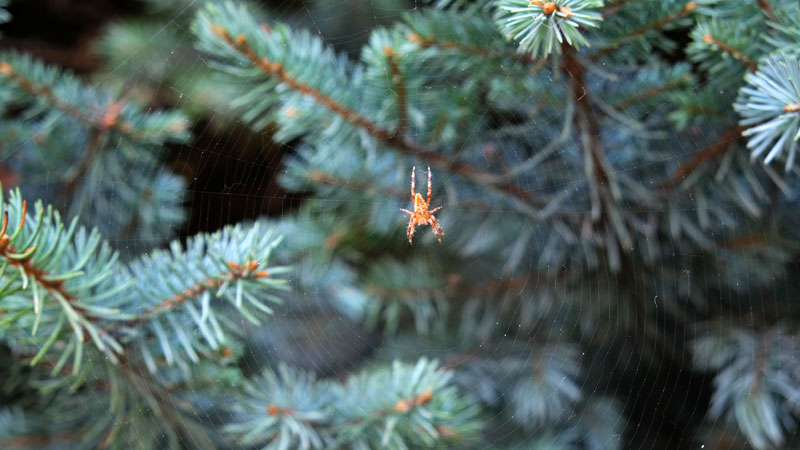 There are a number of bugs you can run into on a Christmas tree, some of which can infest your other houseplants if you don’t catch them quickly. Here are some of the most common:

A common pest found in most gardens, aphids feed on the sap of plants, excreting a substance called honeydew. Not only do they breed quickly, but the honeydew attracts ants and powdery mildew.

They can infest almost any evergreen, but will usually be spotted near the bottom of balsam fir, Fraser fir, pine, spruce, or white fir trees.

Note that balsam twig aphids and Cinara aphids prefer evergreens, but other types will go after your houseplants if they’re close enough and a few species are even capable of flight.

No larger than a grain of rice, these dark-colored beetles attack the moist wood of stressed trees. While not a threat to your furniture, they can still be an annoying pest to deal with and like to burrow into the trunk, leaving behind tiny sawdust-lined holes.

A type of scale, adelgids look like little flecks of snow and congregate around the bases of needles and other crevasses. They can be found on fir, Norway spruce, Scotch pine, and white pine. 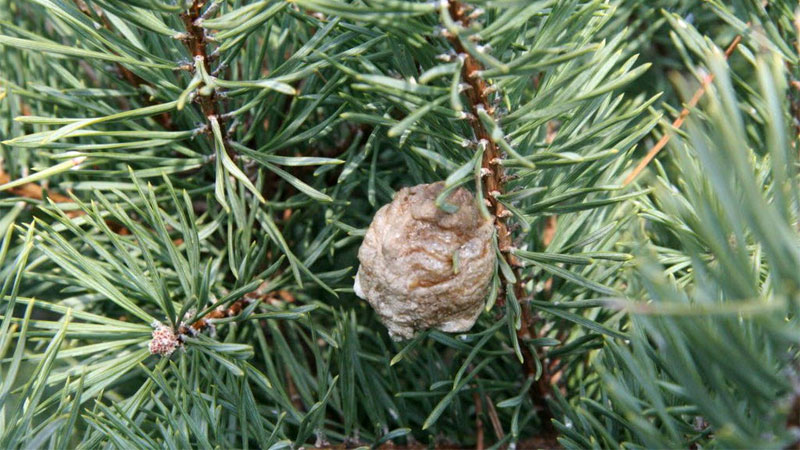 While mantids aren’t likely to be hanging out on your Christmas tree, their egg sacs are sometimes overlooked when the tree is harvested. These eggs sacs are little brown balls which have a similar size and shape to walnuts, containing as many as 400 eggs. If left on the tree, the eggs will hatch within a few weeks, flooding your house with tiny mantises.

Because the praying mantis is a protected species, you shouldn’t destroy the sac. Instead, carefully remove the branch containing the sac and place the whole thing in another evergreen outside. The eggs will remain dormant until spring, then safely hatch where there’s plenty of food for the young mantids.

A group of pests that include bark lice booklice, these little fliers feed off of mold and fungi, so they require a high humidity to survive.

The downside is they can get into your food or eat the glue in book bindings, so it’s best to get rid of them before they start exploring your home.

Scale insects, such as the pine needle scale, cover themselves with a waxy coating that protects them from many insecticides. They drink plant sap and usually remain hidden on the underside of leaves, but are a little easier to spot on evergreens.

These critters resemble white, grey, or pinkish specks and most species become immobile once they reach the adult stage. You’ll find them on Douglas fir, Norway spruce, and Scotch pine.

While more closely related to ticks than spiders or dust mites, spider mites are a type of arachnid capable of creating webs, which they use for transportation and protection. Much like aphids and scale, spider mites pierce the surface of your tree’s needles and feed off of the sap. If not dealt with quickly, you can suffer a population explosion.

Spider mites, especially red spider mites, are a real threat to houseplants, but they’re easy to kill using natural remedies. The first sign for many homeowners is the network of messy web strands bridging branches and needles. You’ll often find them hiding out on Douglas fir, Fraser fir, spruce, and white pine.

Spiders can be quite beneficial for your garden, but are far less welcome in the home. These critters will often end up on Christmas trees while hunting for pests and may inadvertently be brought into the home.

Thankfully, neither of the venomous US species (black widows and brown recluse) hang out in trees, so these little hitchhikers won’t pose any significant threat unless you or a loved one has allergies.

There are a few other critters that can hitch a lift on your tree but are encountered less often. These include: bird mites (if nests are present), carpet beetles, cigarette beetles, fig beetles, lanternflies, moths, sawflies, stink bugs, ticks, webworms, and weevils.

Preventing a Bug Infestation in Your Tree 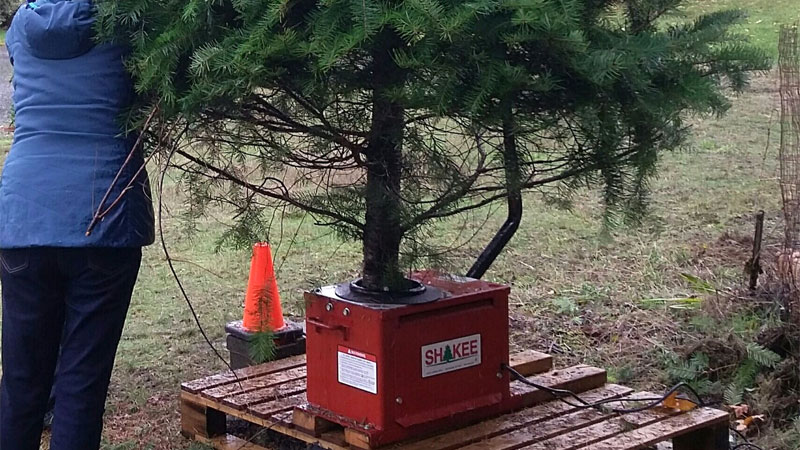 It’s rare to buy infested Christmas trees, because tree farms usually spray the trees and check for signs of unwanted critters before selling.

However, even if you purchase your tree instead of harvesting it yourself, there are some simple precautionary steps you can follow to minimize the risk of inviting extra critters in for Christmas dinner.

It goes without saying that it’s easier to spot tiny black bugs in broad daylight than at night. Do your tree shopping in the day, if possible.

Many sellers bind the trees prior to selling, so you’ll want to ask them to cut the twine so you can examine the tree better. Most will oblige without a fuss, and rebind the tree afterwards.

Take a close up look for any unusual spots, tiny pinprick holes in the bark, webbing, or small cocoons. The cocoons can be removed on the spot, but you may find yourself debating on whether to take one home if you find signs of an active infestation.

Before taking the tree home, ask the seller if they have a mechanical tree shaker. If not, give the tree a couple really good shakes before loading it up.

Not only will this get rid of loose needles (many of which may be loose due to infestation), but can also knock a good number of pests off if any are present.

Once you get it home, don’t bring it in right away. Instead, find a spot in your garage, shed, or some other semi-warm spot outside the home and release any bindings. Give the plant a thorough dusting with food grade diatomaceous earth and let it sit for at least 24 hours.

The DE will safely kill most pests while being generally non-toxic to humans or pests. Be sure to give the tree another shake before bringing it inside to get rid of any excess DE. 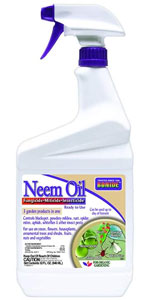 Once inside, you can use a neem oil spray to thoroughly cover the tree. Neem dissipates quickly, leaving behind no residue, and it’s completely pet and human safe.

Just be warned commercially-bought neem foliar sprays may contain additional ingredients that can be harmful or leave a residue behind, so it’s best to buy clarified neem oil and mix the spray yourself.

You can also use 100% cold-pressed (make sure it’s cold-pressed!) raw neem oil at a ratio on one tablespoon per gammon of emulsified water (i.e. 1 teaspoon of either Dawn or pure castile soap mixed into a gallon of water to break surface tension) as a root soak.

Even though your tree has no roots, it can still drink through its trunk (and can even grow new roots if you use root hormone), so using a root soak means the tree will absorb the neem oil and turn it into a systemic insecticide (i.e. it will kill insects that burrow into it or try to feed on its sap).

You can provide a fresh root soak every three weeks without having to worry about the neem harming your pets.

WARNING:
NEVER use an aerosol spray or commercial insecticide on your Christmas tree, as these leave behind a residue that can be highly flammable and/or be toxic to pets!

Suck Up the Critters

In the worst case scenario of finding bugs in your tree after getting it inside, your greatest weapon is the vacuum cleaner. You can use your current full-size vacuum or something portable like the Black+Decker cordless dustbuster.

This simple tool can not only clean up fallen pine needles, you can even use a precision attachment to suck up any unwanted bugs directly from the tree.

Just be sure to empty the canister (or change the bag) and dispose of the contents in a sealed container outdoors afterwards.

Make sure to move any nearby houseplants to another room to prevent cross-contamination. This is especially dangerous if you end up with aphids, scale, or spider mites.

Once the season is over, consider giving your tree the gift of life instead of disposing of it. By feeding the tree root hormone, it can begin growing new roots. It will take a while (so it’s best to start the hormones as soon as you bring the tree inside), and it can be kept indoors as a houseplant during this process, but eventually the tree will be stable enough to be replanted.

If you have room in your yard, you can make it a tradition to plant the tree outside once it’s able to survive in the soil, providing some support while it continues to take root. You might even choose to add a plaque in front of it with a family photo and the date to commemorate that year.

Alternatively, you can contact local conservation groups and donate the tree to reforestation or landscaping efforts. No matter which route you go, your preserved Christmas tree can thrive for many more years to come, giving even more pleasure to people and helping preserve the environment.