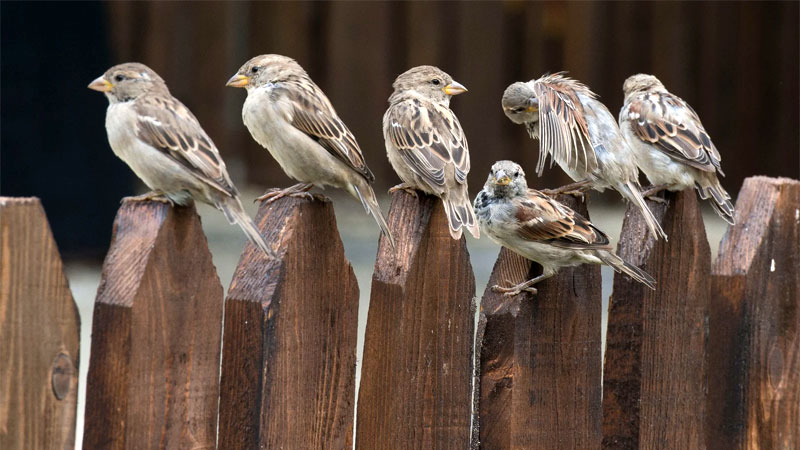 When it comes to small birds, few are as well-loved as the sparrow. However, that love isn’t universal and these wonderful little critters can become a nuisance or even a pest. But nearly all of the problems caused by sparrows in the US are blamed on one particular species: the house sparrow (Passer domesticus).

But what is it about this species that makes them so iconic while also being so frustrating to some people? And how do you deal with these wonderful birds when they start doing unwelcome things on your property?

Let’s dive into the field and steal some seeds of wisdom on how to get rid of sparrows around your property.

See Also: How to Keep Starlings Away

Getting to Know Sparrows 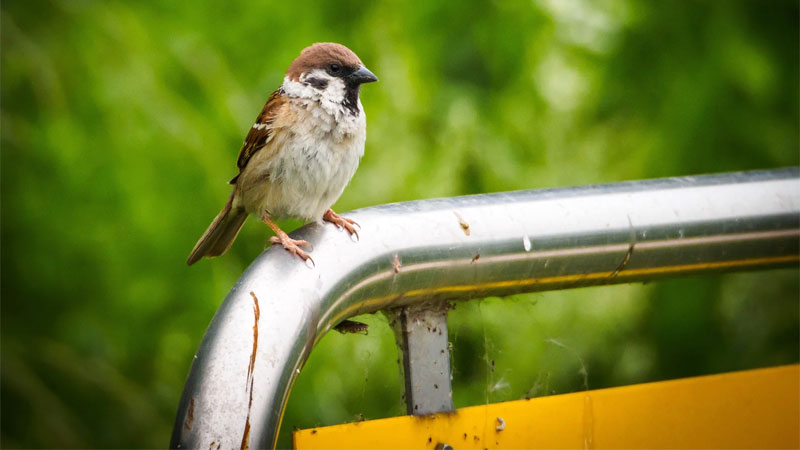 What you might know of as a sparrow can be a bit deceiving. In fact, sparrows belong to two families in the massive Passeriformes order.

Over half of all the bird species in the world belong to this order and are collectively known as passerines. The name of the order literally means “sparrow-shaped” and all birds of the order have four toes, three of which face forward.

Within this order are 6,500 species across more than 140 families, However, only two of these families are commonly referred to as sparrows.

Passeridae (Old World sparrows) is the family commonly referred to as the “true sparrows” and has 43 different species across eight genera. The second family is Passerellidae, or the New World sparrows, which has 138 species in 30 genera.

However, while these two families look similar, it’s actually one of the 28 members of the Old World genus Passer that we’re concerned about. But wait, doesn’t Old World mean Europe…?

Origin of the House Sparrow

The house sparrow is indeed a European species and may well be one of the species that have been kept as pets as far back as Ancient Egypt. However, a lapse of judgment means this species can now be found in the Americas, Australia, Asia, and Africa, making it one of the most widely distributed species out there

As the scientific name implies, house sparrows are domesticated and actually avoid areas where there are no people. Measuring a little over six inches long and weighing around an ounce, these tiny birds can be quite beneficial.

Farmers in the Old World appreciated the fact that house sparrows were opportunistic insectivores and would hang out near farms, protecting crops while also being pretty to look at. It’s widely believed that this is the reason they were introduced to the Americas and Australia, although their presence in Asia and Africa might have been accidental.

When Sparrows Become a Problem 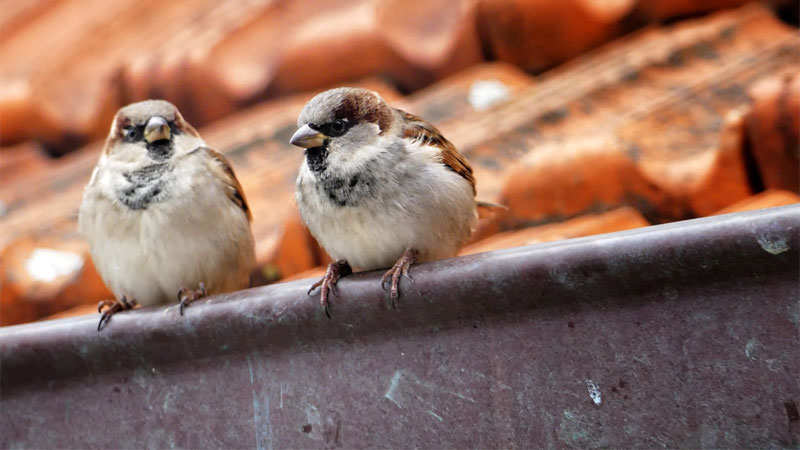 Unfortunately, farmers weren’t paying close enough attention to the habits of house sparrows when they exported them to the Colonies. In the US, they were part of a mass introduction in 1852 when New York City released several species of European birds to help combat a growing linden moth problem.

Unfortunately, the bird’s ability to cohabitate with humans and their strong immune systems quickly resulted in a population explosion.

House sparrows prefer to nest in tight spaces, often leading them to build their nests in the eaves of houses. They can also get competitive with native species, sometimes actively attacking other birds to claim an existing nest in tree hollows. This aggression has contributed to the decline of bluebirds and similar nesting birds.

But getting back to farmers, house sparrows pose another huge concern. It turns out that the house sparrow isn’t actually an insectivore, but prefers seeds and grains with the occasional insect for variety.

As a result, they can be devastating to grain crops, ravage sunflowers and other seed crops, and will often raid bird feeders in groups that prevent other species from having access.

A final problem that can make house sparrows a pest is the presence of pathogens and parasites. Salmonella is a common problem, and a large percentage of the parasites and diseases a house sparrow can carry are also common among humans and pets.

Bird mites are another problem and they can sometimes make their way into your home. This means that sparrows nesting on your property may pose a health risk depending on how much exposure you have to them.

Did You Know?
Sparrows are edible and sparrow pie was a popular dish in the 1800s, not only because it provided a free source of meat, but because eating them helped keep the sparrow population down.

Sparrows can often be mistaken for a wide range of other passerines, and it would take a small encyclopedia to show the differences between every passerine out there. However, you can get a good idea of how sparrows differ from other passerine birds by looking at how they’re different from swallows.

Swallows are passerine birds that can be found in a wide range of colors but are usually blue or green. They have streamlined bodies and long wings that angle upward when folded.

Members of the Hirundinidae family, sparrows are insectivores and often snatch their prey right out of the air. They’re somewhat domesticated and will often build their mud nests on human structures.

Meanwhile, sparrows are more rounded and have shorter wings that don’t angle up when folded. They feed primarily on grain and seeds, but will feast on insects as well.

There can be some variation of color from one species to another, but most common species have shades of brown with females being more monotone than males.

Sparrows can burrow in sand or dirt but prefer hollows and eaves in which to build their nests.

Getting Rid of Sparrows

Let’s just be perfectly honest here: You’re not going to get rid of sparrows completely. They’re just too numerous and free-spirited.

However, you can get them to abandon portions of your property and discourage them from coming back in numbers. Here’s how to remove the birds from key areas around the property.

If a sparrow gets into the house, you can usually usher them out safely. If they don’t want to comply, throw a small towel or shirt over them while they’re perching and gently carry them outside.

Unless they came in through an open window or door, it’s a good idea to locate the entry point and seal it.

Exclusion is the key to success, so you will want to place wire mesh under eaves and over vents. Invest in some gutter covers, which not only discourage nesting but help keep them debris-free.

Also, consider adding bird spikes to level surfaces you see sparrows regularly visiting. The spikes won’t hurt them, but they’re extremely uncomfortable to land on (imagine stepping on a pile of LEGO bricks). 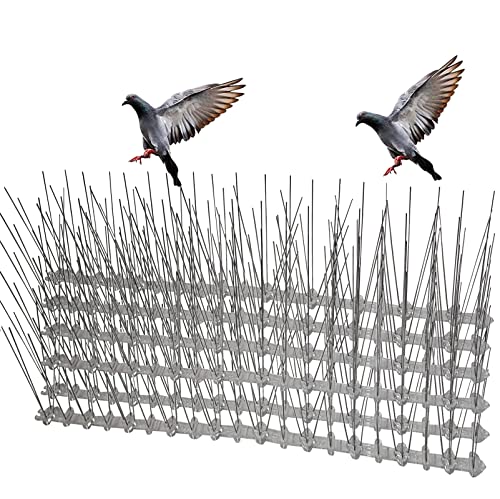 Finally, don’t keep bird baths or feeders too close to your home, and always turn off external lights when not in use so sparrows won’t come hunting for insects. 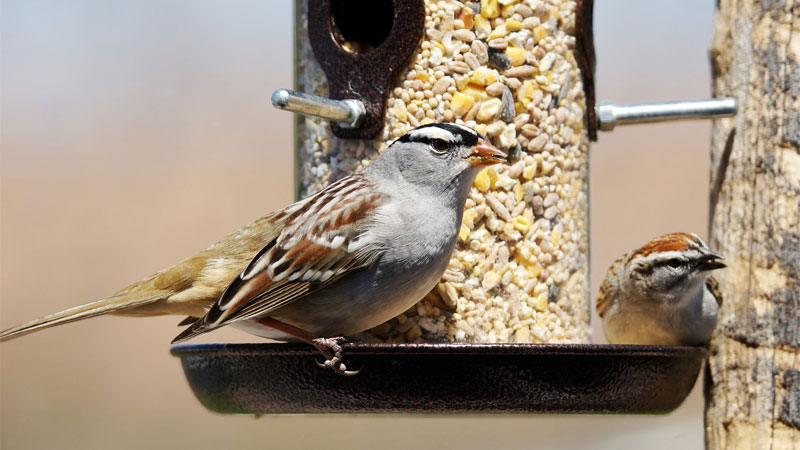 There are two ways to keep sparrows away from your bird feeders: bribery and changing the menu. Here are some different tactics to exclude sparrows from the party.

Sparrows don’t like places they can’t dine in, so get a feeder that has a base platform or perch no bigger than ⅝ inches. Mesh feeders are especially effective, as sparrows don’t like the idea of clinging to the side of a feeder.

Just be sure to put something on the ground so the sparrows can’t just feed on whatever falls – unless you don’t mind them having the leftovers, that is. 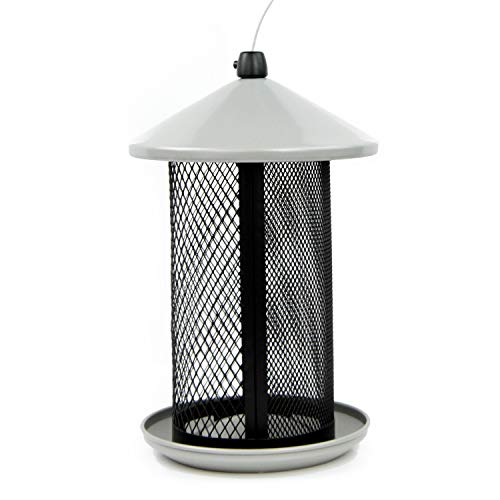 There are many foods that sparrows just aren’t keen on that other birds will love. Try filling your feeders with these great options and the sparrows will leave the food alone:

It might sound counter-productive, but giving sparrows their own feeder is a great way to discourage bad behavior while still allowing sparrows to hang out. This is especially useful if you have birds that require a songbird mix and can’t simply switch to the sparrow-unfriendly food items listed earlier.

Place the sparrow feeder at least 15 feet away from your other bird feeders and aim for a feeder that has a large perch or platform.

Fill this feeder with foods that sparrows absolutely love, such as leftover bread, cracked corn, millet (which is basically catnip for birds) oats or other grains, and black-oil sunflower seeds. 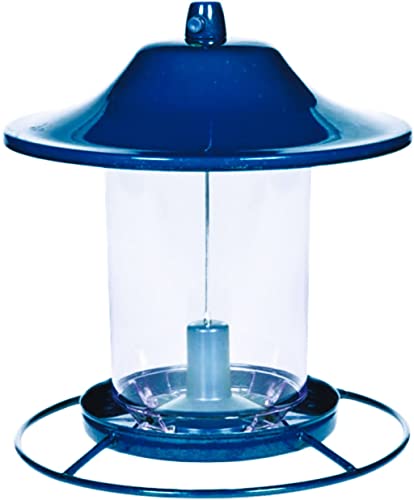 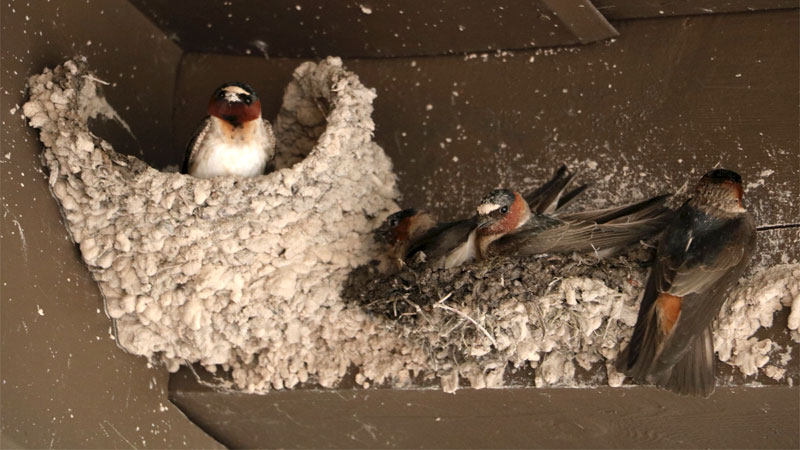 Check any nesting boxes, eaves, gutters, and hollows for sparrow nests regularly. The sooner you spot and remove it, the less likely the sparrows will rebuild in the same spot.

You can simply remove the nesting material and put it in the trash or in a spot far from where they were building the nest. Keep in mind that old nests can attract bigger pests, so even abandoned ones need to be removed.

The good news is that removal is safe and easy (you may want to wear gloves, though). If the sparrows are nesting somewhere on your home, use exclusion measures. And if they’re trying to claim nesting boxes, just trim down the perch to make them uncomfortable.

How to Keep Sparrow Away

As mentioned, it’s nigh impossible to keep sparrows from visiting, but you can at least greatly reduce their presence. Begin by removing bird baths in favor of drippers or similar alternatives. You’ll also want to ensure there are no large patches of dusty ground, as sparrows will dust bathe to get rid of parasites.

Next, add decoys and bird flashing. Decoys of predator animals such as owls can discourage a lot of pests, including crows, barn swallows, and sparrows. Just make sure to reposition them occasionally because birds are a lot smarter than we tend to give them credit for.

Meanwhile, flashing can refer to metallic tape strips or even old CDs that are hung around the property. As the breeze shifts them, sunlight will be reflected causing brief flashes that scare away most birds. Ultrasonic repellents can also be useful but tend to annoy any pets.

Finally, you can always encourage predators onto the property. Cats, hawks, and owls are all effective hunters and can be a joy to watch. However, you don’t want to encourage pest predators such as foxes and raccoons or your could end up with far more serious problems on your hands.