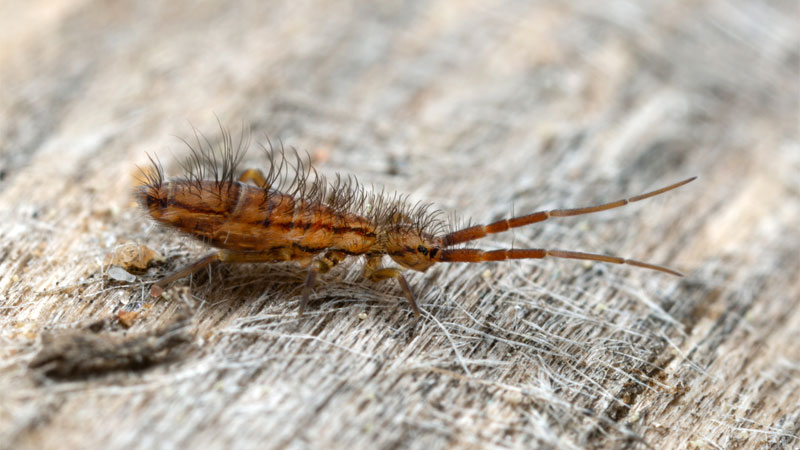 Disclosure: This post may contain affiliate links. This means that at no cost to you, we may earn a small commission for qualifying purchases.
26 shares

One of the most notorious legends in Victorian England was a manlike creature called Spring-Heeled Jack. This creature resembled a tall, thin human with clawed hands and terrorized the countryside for more than 60 years.

But what gave Jack his name was the ability to leap impossible heights to evade capture. In the insect world, there are a few critters which have a similar reputation, but one in particular deserves better.

The springtail earns its reputation for the incredibly high jumps it makes when startled or in danger. However, this ability to spook the unsuspecting doesn’t mean they’re malicious.

Keep reading to learn about springtails, how to get rid of them from your home or pool, and keep them from coming back.

Getting to Know Springtails

Springtails are a beneficial critter that’s earned a negative reputation due to their ability to leap into the air far enough to be small puddle jumpers. They actually have their own sub-class called Collembola. These critters are not actually insects, but one of three groups of hexapod. They have a long forked tail-like structure called a furcula. When startled, they rapidly unfurl the furcula, causing them to leap up to four inches.

Springtails range from 1/16 to 1/4 inches long and have up to six segments. They tend to be white or grey, with some species come in a range of colors from red to purple to yellow.

One of the more common species is the winter springtail, sometime called a “snow flea”.

See Also: How to Get Rid of Thrips From Your Home or Garden

What Do Springtails Eat?

Springtails are omnivores, but prefer mold and fungi.

These critters have internal mouthparts and neither sting nor bite.

Are Springtails Harmful to Pets?

Springtails pose no danger to pets.

While springtails were originally mistaken for fleas due to their similar jumping skills, there’s very little resemblance between the two.

Fleas are small black bugs that live parasitically in the fur of host animals and can cause anemia or even death, as well as transmitting diseases. Meanwhile, springtails are harmless to humans and animals and have a rounder body with multiple segments.

Getting Rid of Springtails

Even though springtails are harmless, their presence suggests more pressing problems. It’s important to find the cause of a springtail infestation. Removing the cause will generally cause the springtails to leave on their own. Springtails have bodies that easily dry out and feed primarily on mold and fungus, so they’re naturally drawn towards moisture. These tiny jumping bugs are attracted to water and may appear in your basement, kitchen, or bathroom where there is often a higher humidity.

Spotting them in the bedroom or another room lacking a water source could be a sign of a roof leak or other major problem. You will need to check the area around where the infestation is occurring for signs of moisture or water damage.

Repair any leaky pipes and, if needed, hire a professional to repair any signs of water damage. Without a source of food and water, the springtail infestation will vacate on their own.

Having springtails in the garden can be quite beneficial, as they will attack any fungal infections without harming the plant itself. Natural predators, such as spiders and lizards help keep the outdoor population under control.

However, you might not want them hanging around your houseplants. Neem oil can help eliminate both the springtails and any fungi.

However, be warned that spotting springtails around a houseplant may mean the plant is being overwatered and is at risk of root rot.

See Also: How to Kill Mealybugs On Plants

Should You Kill Springtails? Killing a springtail infestation won’t eliminate the underlying problem. In the case of mold or fungus, the situation could actually become worse without the springtails there to feed on the spores.

However, you may choose to use some remedies to keep a population under control until you can handle the real problem.

Insecticides will allow you to get the population under control quickly but are a health risk when used around children and pets. Better solutions are diatomaceous earth and contact sprays made with neem oil.

These are safe for use around both humans and animals and can kill springtails and other pests including spider mites and ghost ants without the risk of creating superbugs.

Getting Rid of Springtails From Your Home

Dealing with water damage can be expensive, but thankfully there’s a way to help reduce mold, fungus, and springtails while saving up for repairs.

Simply get some cleaning grade cider vinegar and wipe down any surfaces where the springtails gather. The vinegar will kill all three on contact,

Getting Rid of Springtails From Your Swimming Pool Pools can be a source of bacteria when not properly chlorinated or allowed to sit stagnant. Keeping the pool drained and covered when not in use will discourage springtails from gathering.

Will Springtails Go Away on Their Own?

As mentioned, springtails are a symptom, not the problem. Removing any signs of fungus or mold will eliminate the need for springtails, and eliminating sources of moisture will cause the springtails to migrate back outside voluntarily.

2 thoughts on “How to Get Rid of Springtails”