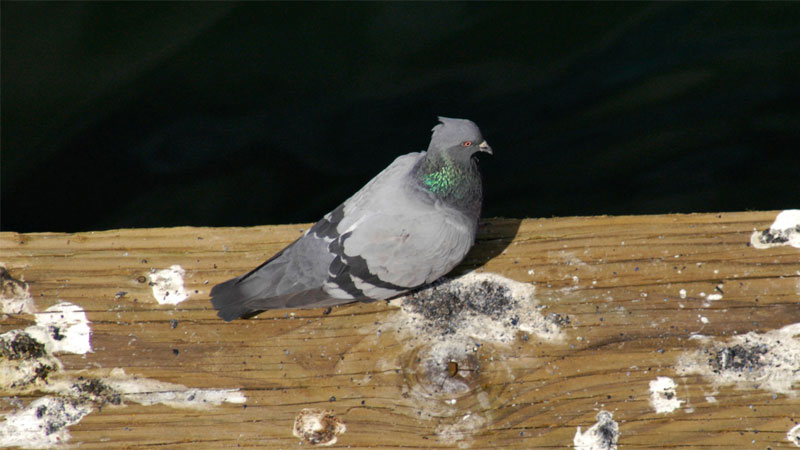 Disclosure: This post may contain affiliate links. This means that at no cost to you, we may earn a small commission for qualifying purchases.
436 shares

Few things are more annoying than walking down the street only for a pigeon to poop on you from overhead. Even worse, that poop can cover your car or property in a nasty, slimy goo. Pigeons can also end up hoarding birdseed from more desired species and are generally considered an urban and rural pest.

But fear not, we’re here to tell you how to get rid of pigeons and keep these critters away from your home.

Getting to Know Pigeons

While they’ve always had something of a bad reputation, pigeons have a more noble place in our history than you might expect. However, a growing lack of natural predators has made these birds a nuisance in cities around the world, despite a few species facing (or reaching) extinction due to human expansion. 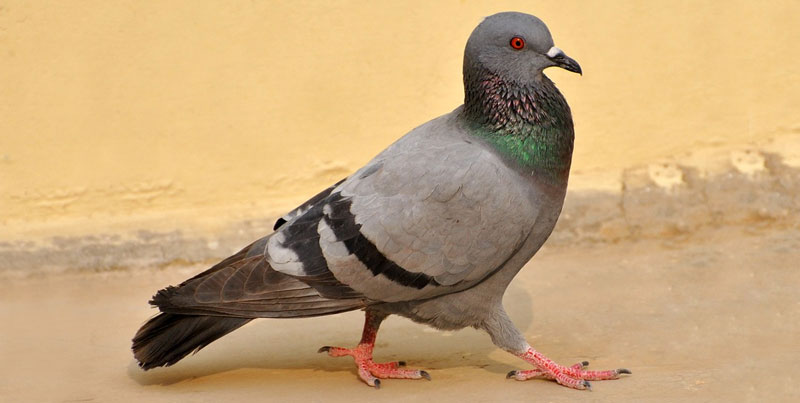 Pigeons consist of the 310-species Columbidae family. These birds are technically doves, with the rock dove and turtledove being the two most notable species. What exactly separates a pigeon from a dove is almost entirely aesthetic, with scientists usually going by size (doves being smaller), while secular and religious circles consider any dove that’s not entirely white to be a pigeon.

Regardless of which description you choose, all pigeons are edible (in Pittsburgh, PA, they’re even sometimes referred to as “Pittsburgh Chicken”) and have been used as a food animal for centuries. They’re also easy to domesticate, having been the first known bird to be made into pets.

What do Pigeons Eat?

City-based pigeons have become scavengers, giving up their normal diet for any scraps they can find, but generally prefer fruit and seeds. Many species have adapted to eat worms and insects, with at least one species preferring them.

Depending on the species, pigeons either prefer the ground or trees. However, one thing they all have in common is a habit of building rather flimsy nests out of twigs in which they’ll lay one to two eggs at a time.

These nests are generally kept in the same location the species prefers to roam, with species such as the rock dove choosing high ledges and rooftops when in an urban setting due to the shortage of trees.

On the whole, pigeons can be found in almost every part of the world, save for the most extremely hot or cold regions. Some species tend to be confined to small areas, while others have spread out alongside humans. The single most prevalent species is the rock dove, which can be found throughout the world in large numbers.

Pigeons are extremely resourceful and surprisingly intelligent. As a result, they’ve learned to cope with human expansion and adapt to urban settings easily. Unfortunately, this means they can become quite the nuisance.

Healthy pigeon poop has no smell, but urban pigeons are scavengers and often victim to disease and birth defects. Their poop can get very runny and contain high acidity, wreaking havok on your clean car, windows, walls, and sidewalks. The acidity can even degrade stone, concrete, and other materials over time.

Due to the lack of natural predators, pigeons tend to quickly overpopulate urban and rural areas. They’ll congregate wherever food is available, making it more difficult to attract songbirds. They can be noisy, messy, and go after that pie you just sat out to cool. In other words, pigeons, like relatives, are often best loved at a distance.

Related: Stop Barn Swallows From Nesting on Your House

How to Get Rid of Pigeons

Getting rid of pigeons is a lot easier than it might first seem, although it can take a bit of time to get rid of larger infestations. Here are just a few of the ways to get pigeons off of your property.

A pigeon trap works the same way as other humane critter traps. Simply set it up, add some attractive food (fruits, vegetables, and cracked corn are some tasty options) for bait, and then wait.

Many of these traps, such as the Tomahawk Pigeon Trap, have entrances on opposite sides, allowing you to catch a pigeon per door before having to empty the trap. Just make sure to transport the pigeons a few miles away before releasing, as they’re pretty good at finding their way back.

Another popular trap is a trigger type trap which catches them in a net. It’s a little harder to set up but you can get the same results at a fraction of the cost.

Pigeons on the Balcony 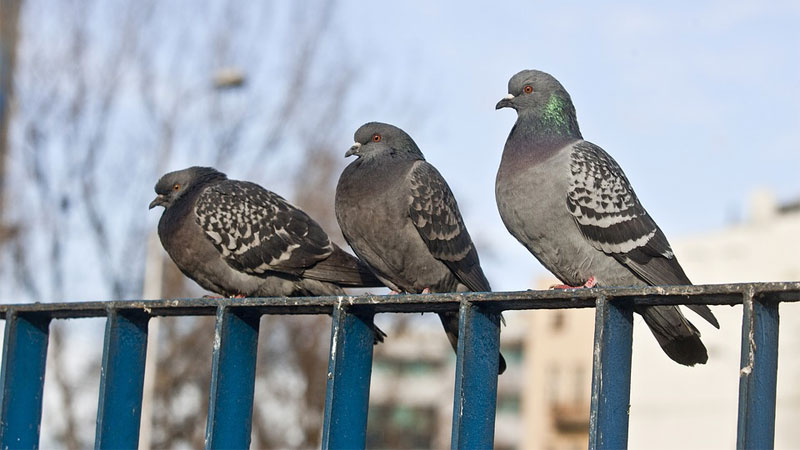 You can use a slinky or insulation wire on the railing to help keep pigeons from perching there. Simply spread the wire so each loop is about 1.5 inches apart. You can then use duct tape to attach it to the railing at 2/3 inch intervals.

While a simple tactic, pigeons find it quite uncomfortable to land on. Ensure there’s no attractive food source present, and you’ll easily be able to keep pigeons off the balcony.

Pigeons on the Roof

It’s actually not difficult to keep a pigeon from roosting on your roof. The most popular answer is to use anti-roosting spike strips, which can be purchased at many hardware or garden shops. These spikes aren’t sharp, but they make it difficult for the pigeon to land.

Read Also: How to Keep Crows Away

The Truth About Popular Kill Methods

You might hear people suggesting easy ways to kill pigeons, but these methods are not only cruel in intent, they can sometimes affect other species you may not want to kill. Here are three of the most popular suggestions for killing pigeons and why you shouldn’t use them:

How to Keep Pigeons Away

Simply getting rid of pigeons isn’t enough, as they have a habit of returning no matter how many times you kick them out. Using visual deterrents and chemical or herbal repellents will help keep these pesky critters from turning your home into a gathering spot.

It can also help to make your property as uninviting as possible by removing those things which can attract pigeons in the first place.

See Also: How to Keep Sparrows Away 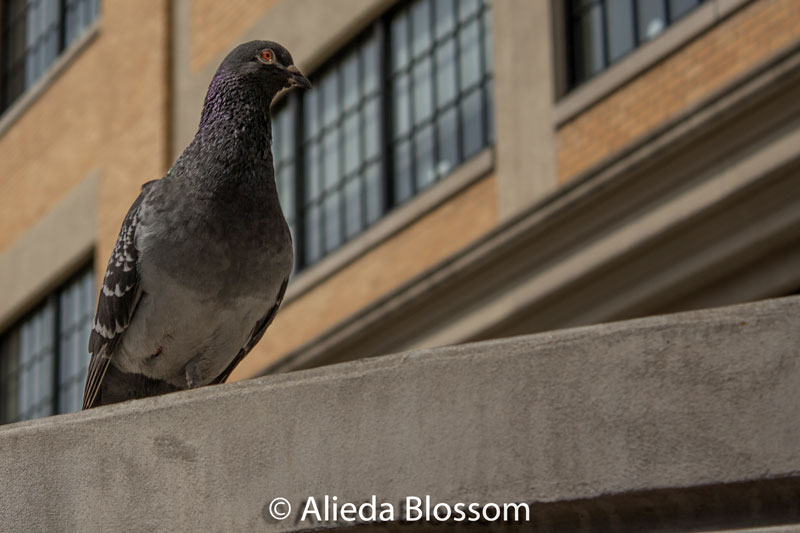 As bold as pigeons are around humans, they can easily be scared away at the sight of potential predators. Try placing a ceramic owl or fake snake in places they’re prone to congregate. As with other pests, it’s a good idea to shift these decoys around occasionally so the birds don’t suspect they’re just decor.

A kite with a hawk shape can also be used to scare pigeons away, as they resemble a predator in flight. Foil balloons and other reflective objects can make life difficult for pigeons and other birds, as they have trouble seeing when near these surfaces.

Further options can also work against other critters, such as installing a motion-sensitive water sprinkler. These are great because it means it waters your lawn or garden at the same time it scares away pests. Sonic deterrents do a great job, but can irritate any four-legged family members, so they’re not for everyone.

See Also:  How to Keep Geese Away

Many predator sprays and crystals will work on pigeons, if the species is a potential bird hunter. These products are either concentrated urine or chemical replications of urine. Pigeons and other pests will get a whiff and believe a hunter is on the loose. However, these products don’t always work and can wash out when it rains.

A homemade pigeon repellent with a great track record can be quite easy to make and works well against a variety of other pests.

Begin by mincing two dozen chili peppers and add them to a half gallon of water. Shake well and place in direct sunlight to ferment for five days. Finally, add 1/4 cup of vinegar to the mix and shake again, then spray your plants or surfaces with it.

The capsicum will irritate a pigeon’s (or other critter’s) feet and discourage them from returning to that spot. Spray every few days to keep the effect going.

There’s a really nice option on the market for repelling pigeons and other birds hoping to perch on your railings. This bird repellent gel can be applied to surfaces, making them either slippery, sticky or tacky. The gel paste won’t harm the bird, but stepping on the texture will drive a bird nuts (have you ever seen a cat step in something sticky?), making them reluctant to land on that spot again.

By far, one of the best ways to keep a pigeon away is to make him less interested in being there to begin with. Get rid of any standing water, which can be a means for both drinking and bathing. You will also want to make sure all trash is covered and inaccessible to avoid any free snacks.

Bird feeders will always prove an issue, although you can purchase designs with small entrances which are only big enough for songbirds to enter. Your garden can also be a problem as there’s no way to hide crops from prying eyes, but you can add netting to prevent pigeons from getting at your tomatoes.

39 thoughts on “How to Get Rid of Pigeons”