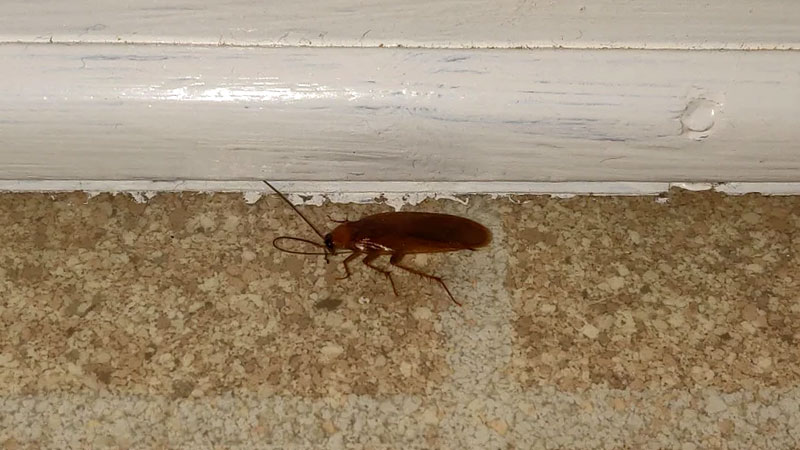 Disclosure: This post may contain affiliate links. This means that at no cost to you, we may earn a small commission for qualifying purchases.
97 shares

Of all the disgust-inducing critters, the one which instills the most frequent hate is the cockroach. But what if we told you not all roaches are malicious invaders? The wood roach (AKA tree roach) is a notable exception to the cockroach stereotype.

Of course, even exceptions can be unwanted, so knowing when you’re up against a wood roach and how to deal with them is important. Let’s have a closer look at these critters (but not too close) and how to keep them out of your home.

Getting to Know Wood Roaches

Much of their life and appearance resembles common indoor roaches, but there are also a lot of distinctions.

Related: How to Get Rid of Palmetto Bugs (Florida Woods Roaches)

Adult wood roaches look very different based on their sex. Males have fully-formed wings which extend beyond the abdomen, creating a lighter tan appearance. They’re able to fly for long distances.

The female, however, is flightless and retains the same chestnut brown coloration all over. A stripe along the outer edge of the thorax is cream (female) or yellow (male).

Overall, adults range in size from 3/4 to 1-1/4 inches and have a flat, oval build. They have long antennae and long, spiny legs that allow them to traverse varied terrain more efficiently.

Wood roaches have a similar life cycle to other roaches, with three stages. As a single adult female is capable of laying up to 950 eggs during her lifetime, this critter can multiply quickly.

As many as 32 eggs are kept in a casing called an ootheca. These are sticky on the outside, allowing them to be placed almost anywhere.

You’ll usually find an ootheca hidden on tree stumps, fallen logs, or tucked behind loose bark. Its chestnut brown coloration makes for good camouflage and it has a slightly crescent shape.

When the eggs hatch about a month later, tan nymphs will emerge. These are generally only a quarter of their adult size and their undersides will darken as they age.

Their bodies more closely resemble a beetle than a roach. The nymph stage will last from ten months to a year before achieving fertile adulthood..

As the name implies, wood cockroaches prefer wooded areas and are likely to set up home in wood piles. They prefer the great outdoors and will avoid buildings whenever possible.

Their native range is from the eastern coast to midwestern states and Southern US, although some species extend into Canada and Mexico. They remain active all year, with males spreading out to find females when it’s time to mate.

Wood roaches differ from most other roaches on three points:

While they’re not interested in human food, they’re still a source of disease and allergens, so any that make their way into your home should be removed.

American cockroaches have a similar appearance to male wood roaches, but there are some key differences.

American cockroaches can grow up to three inches long and both males and females have wings. They’re colored reddish-brown, as opposed to the chestnut brown of wood roaches, and also have a light yellow band around the thorax.

Oriental cockroaches are one of the most dreaded types of roach around. They leave behind a nasty odor due to their diet, and measure about 1.25 inches long. The females have a similar appearance to female wood roaches, although the males have shorter wings than their wood roach counterparts.

Oriental cockroaches are found mostly in the southern, midwestern, and west coast states, whereas wood roaches span the entire continent.

How to Get Rid of Wood Roaches

The good news is that wood roaches aren’t nearly as harmful as the American, Oriental, or German cockroach. This doesn’t necessarily mean you want to run into them, however.

There are several chemical methods of pest control for those rare occasions when the outdoor wood roach population gets out of hand, but it’s extremely unlikely you will ever need to hire an exterminator to get rid of them.

Related: How to Get Rid of All Other Roaches

Getting Rid of Outdoor Wood Roaches

While they’re not a huge threat, male wood cockroaches can become a huge nuisance in the summer, similar to horse flies. They’ll travel around in groups, often ending up on your windshield or interrupting prime picnic weather.

Even worse is the risk that next year, there’ll be even more if you don’t get rid of the ones you have this year (preferably before they can mate). Wood roaches eat decaying organic matter, so mulch and compost can lead to an outdoor roach problem.

Some broad range pesticides and chemical barriers, such as LambdaStar Ultracap and Bifen I/T and are a good way to create a protective barrier around gardens and other places where organic matter is necessary.

Most pesticides which work against other roaches may have a more limited effect on wood roaches, but they might still have some effect. Your best defense, however, is to employ preventative measures.

When Wood Roaches End Up Indoors 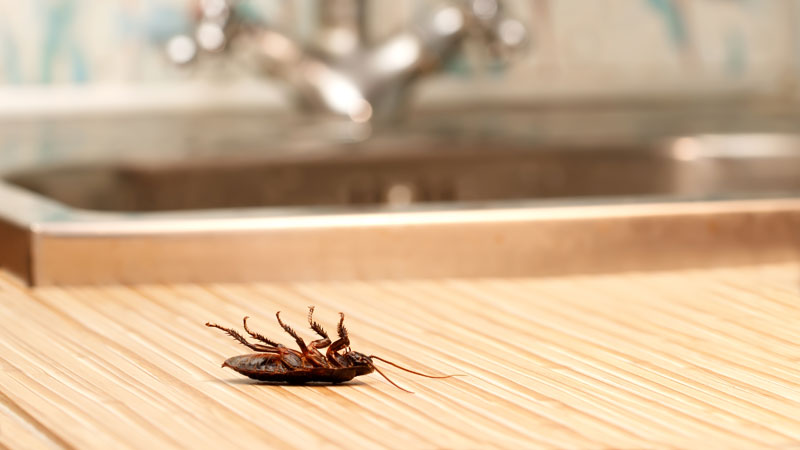 Unlike other pests, spotting a wood roach indoors doesn’t mean you have a nest. In fact, wood roaches require a moist environment and their eggs won’t develop in temperatures below 80 degrees.

Chances are, if you have a wood roach present in the house, you either carried it in by accident, or it flew through an open window at night because the lights were on.

They’re not afraid of humans, so you’re likely to see an accidental invader wandering around aimlessly. Since they’re relatively slow movers, you can gently shoo them out or leave a door or window open near them and they’ll find their own way outside again.

Now if only we could teach flies to do that…

About the only time you’re likely to spot roaches indoors in any volume is during the mating season (May to June). At this time, the males will often split up in search of potential mates. Visits to your garage or tool shed aren’t uncommon during this time, although they still try to stay clear of houses and other occupied buildings.

Note:
On rare occasions, wood roaches have been known to take up residence in log cabins or wooden vacation homes that are abandoned in winter. They get confused and think the building is just a large, semi-warm wood pile, since there’s no activity.

One of the easiest ways to get rid of wood roaches indoors is to simply vacuum them up. Just be sure to immediately empty the canister or dispose of the bag so that the corpses don’t attract flies or other pests.

A broom and dustpan is also an easy way to remove dead ones, especially if you have glue traps set up for an existing pest problem. 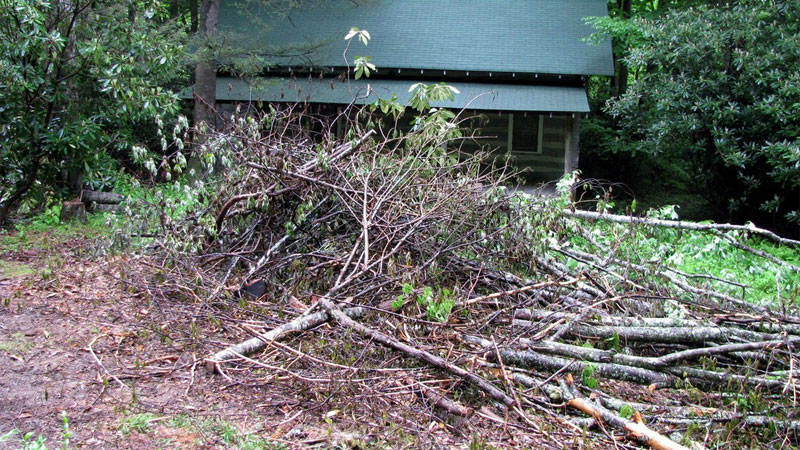 A combination of exclusion and prevention can help ensure wood roaches don’t become a nuisance. The good news is that prevention techniques against wood roaches will also deter a wide range of common pests.

Begin by giving your yard a full sweep. Clean up any debris, especially branches, wood, or leaf litter. These are both a source of food and shelter for wood roaches. When possible, keep firewood outside the home in a safe location to reduce the risk of attracting females.

You’ll also wish to remove any major sources of moisture. A bird bath won’t have much effect, but boggy areas or standing water along the ground make a perfect breeding ground for roaches, mosquitoes, frogs, and other pests. Indoors, this extends to sealing any leaking pipes or other potential moisture sources.

During mating season, you’ll want to avoid leaving the yard or porch lights on, as these attract both wood roaches and a variety of flying pests. Likewise, having windows open and lights on can draw males into the home.

Cracks or crevices in walls, doors, and windows are all possible entry points for a whole host of critters. Be sure to locate and seal any such openings. This also includes making sure any cracks in the foundation are adequately sealed. A little putty or caulk can go a long way in keeping unwanted critters out.