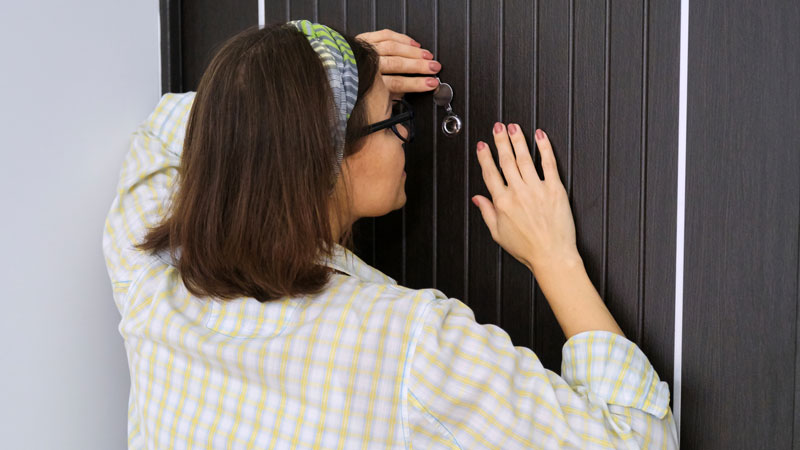 A great number of critters are known to be active during certain times of year, and the infamous relative is no exception. These large mammals can seem cute at first, but will quickly prove otherwise, creating an infestation that can be really difficult to take care of once a colony has become established.

Thankfully, these pests can be removed, usually more rapidly than removing smaller critters such as ants. The longer they remain, however, the more risk you’ll incur.

See Also: How to Get Rid of Christmas Tree Bugs and Spiders

Spotting a relative can be fairly easy, but they tend to use this fact to their advantage. You’ll usually find one or more on your doorstep, at which point they’ll make noises and gestures designed to lure unsuspecting homeowners into a false sense of affection.

At this point, the homeowner will almost always bring these critters into their home. Relatives live in dens all across the world, but venture forth at certain times of the year seeking out new habitations. Unlike most critters, the relative almost always prefers your home to their own den and will use multiple tactics to make their way inside.

It’s also fairly common for relatives to infest nearby hotels as a means to garner sympathy. It’s not unusual for an individual to bring relatives into their home to provide better shelter, much as one would a stray cat or dog.

In the event a relative isn’t able to immediately invade the target home, they may continue to infest the hotel indefinitely.

What do Relatives Eat?

It might be more fair to ask what relatives won’t eat. Unlike most critters, relatives will figure out how to get into even sealed containers of food. If not dealt with in a short amount of time, they can leave your pantries bare.

While relatives often keep their own dens tidy, they have no such intentions for your home and will leave messes everywhere. This can attract smaller pests, such as ants, flies, and cockroaches.

They can also be quite destructive when they encounter fragile objects, and may leave an odor behind when they nest on your furniture.

While not always the case, relatives often carry a number of harmful diseases, such as hominid flu and holiday slideshows. They also carry a strain of rabies which is transmitted by annoying family members, creating almost feral animosity amongst your household over time.

Be sure to seek medical attention if you’ve been exposed to relatives longer than one week.

It can be easy to confuse relatives and friends until it’s too late, but there are some distinguishing features that can help you tell the two apart.

Friends, or Homo sapiens amicæ, are a mostly domesticated species with many traits similar to the common housecat. A friend can be very social but also enjoys the quiet of their own den and will only remain at your home for short periods before wandering off.

You may see them almost every day or they might disappear for days or even weeks, only to turn up full of affection. They make for great companions but can also be fiercely independent. In addition, they will also sometimes bring you the results of hunts and enjoy going on trips.

Meanwhile, relatives (Homo sapiens congentilis) are far less predictable. They show up when they sense large amounts of food, and are attracted to Christmas lights. While they sometimes bring food or trinkets or display affection similar to friends, these critters often arrive dragging a large pouch full of shiny objects and nesting materials they’ve gathered during prior infestations.

When confronted, their affection is paired with frequent glances into your home as they assess the potential territory. Also, they will show distinct eagerness to cross the threshold, unlike friends who often signal for you to come outside.

Getting Rid of Relatives and House Guests

Once your home has become infested by relatives or unwanted house guests, you’ll have to deal with them quickly before they attract others or begin reproducing. Thankfully, the sooner you deal with it, the better your chances of success.

Why You Shouldn’t Kill Relatives

A lot of guides out there will tell you how to get rid of unwanted family members or relatives using traps or various kill methods. However, Homo sapiens congentilis is currently a Federally protected species throughout much of the US.

Trapping without a permit can result in heavy fines or worse, and poisons are both illegal and may harm your loved ones. It can be an uphill battle to get unwanted guests out of your home, but thankfully several methods have been proven to work. Here are some of the most effective ones:

Heat – Relatives prefer warm temperatures to the point they sometimes bring extra nesting materials. However, there’s a limit to their tolerance.

When it’s cold outside, shut off your furnace and pretend there’s something wrong with it. You can do the same by cranking the thermostat all the way up in hot weather and disguising the readout to show a lower setting. Relatives will generally evacuate within a couple days.

Food – Relatives love to eat, so slowly smuggle all of your food, coffee, and tea out of the house to a neighbor or friend when the relatives aren’t nearby. You can replace the food with soy-free vegan supplies.

Be sure to sneak your family to a neighbor to have something with protein occasionally so they don’t get sick. The relatives will either leave in search of real food or flee when they start suffering protein deficiency.

Attracting Natural Predators – Relatives are highly territorial and only want to be around packmates. Leave clues that you are going to take in members of a rival pack and set preparations. This will often be enough to make them flee. Just be careful not to actually invite the rival pack or you’ll be back where you started.

If you have a dog or cat, you can also collect its urine and spray it on the relatives’ nests with a spray bottle. This is especially useful if the pet doesn’t have regular access to the infested room, since you can later clean the room before your pet gets any ideas that it’s a communal litterbox.

Training – Relatives are generally lazy critters that seek out your home so they don’t have to do any foraging for themselves. Creating tasks for them, such as cleaning up male territorial markings on the side of your toilet or pulling their shed fur out of your drains can quickly frustrate these pests.

Making them fetch items while giving them just short of the amount needed will also speed their departure, as they hate parting with any shiny coins they’ve managed to hoard.

Hire a Pest Control Expert – While there are some licensed exterminators out there, they’re extremely rare and expensive. However, pest control experts are available in most residential areas in the country.

To hire one, you will need to go to a local magistrate and describe your infestation, then pay any applicable licensing fees. They will send a pest control specialist to assess the problem and (if necessary) return and safely remove the relatives. This is often the only remedy if an infestation has become well-grounded. Relatives can become very territorial over your home, regardless of whether they’ve managed to nest in it. Some may have already created temporary nests in nearby hotels, while freshly removed relatives may infest one while they try to find a way back into your home.

Removing them from a hotel is a lot more difficult, as the methods are restricted and tend to be expensive but not impossible.

Family Crisis – Spread word that there’s a major family crisis or that there’s something wrong with a rival pack of relatives and that you are going to take care of it. Do not allow the relatives to be helpful, as they may try to infest your home while you’re away.

Pack some belongings and load them into the car, then simply go stay with a friend, at a different hotel, or camp out for the weekend. You should receive word that the relatives have left to find another victim soon after.

Home Repairs – Similar to the previous method, make it appear as though the home is in need of a major repair that requires you to leave. Follow the same steps as above for similar results.

Leaving, not Leaving – This method will only work if the infested hotel is not close by. Follow one of the two methods above, but close all the blinds and curtains and cover them with thick blankets. Park your car in a neighbor’s garage or a few blocks away and sneak back under cover of night.

For the next few days, live by candlelight and wear headphones when playing any media. This will fool the relatives into thinking you’re away, even if they attempt to pop round. They will generally vacate the hotel within a week.

Because relatives migrate during certain times of year, it’s possible to use repellent methods to keep them away before they even try to approach your home.

The following methods have all met with a high degree of success, especially when used together.

Make plans to be away from home during any major holidays. This could involve family trips, camping, or a number of other excuses.

Note that you can always cancel at the last minute or simply not go and pretend you did. This will almost always discourage relatives from migrating nearby.

There is a very special Japanese Christmas tradition that’s both unique and great at repelling non-Japanese relatives. Every year since 1974, KFC has opened an annual waiting list for a special Christmas chicken dinner, complete with cake and wine. Every year, they sell out.

Make it known you want a “Kentucky Christmas” or adapt it to other food-centric holidays to deter relatives who want something they can’t scavenge themselves. And if you do decide to follow through, you might even start a special new family tradition.

Relatives, like humans, often have allergies. Provided none of your family has the same allergy, you can predict what relatives are most likely to try and invade your home and set up a barrier of allergens, such as adopting a cat or dog or starting a small family business that lets your entire family work when at home.

Work is the most common allergy to affect relatives, and the mere thought of exposure will have them shaking worse than Maynard G Krebs.