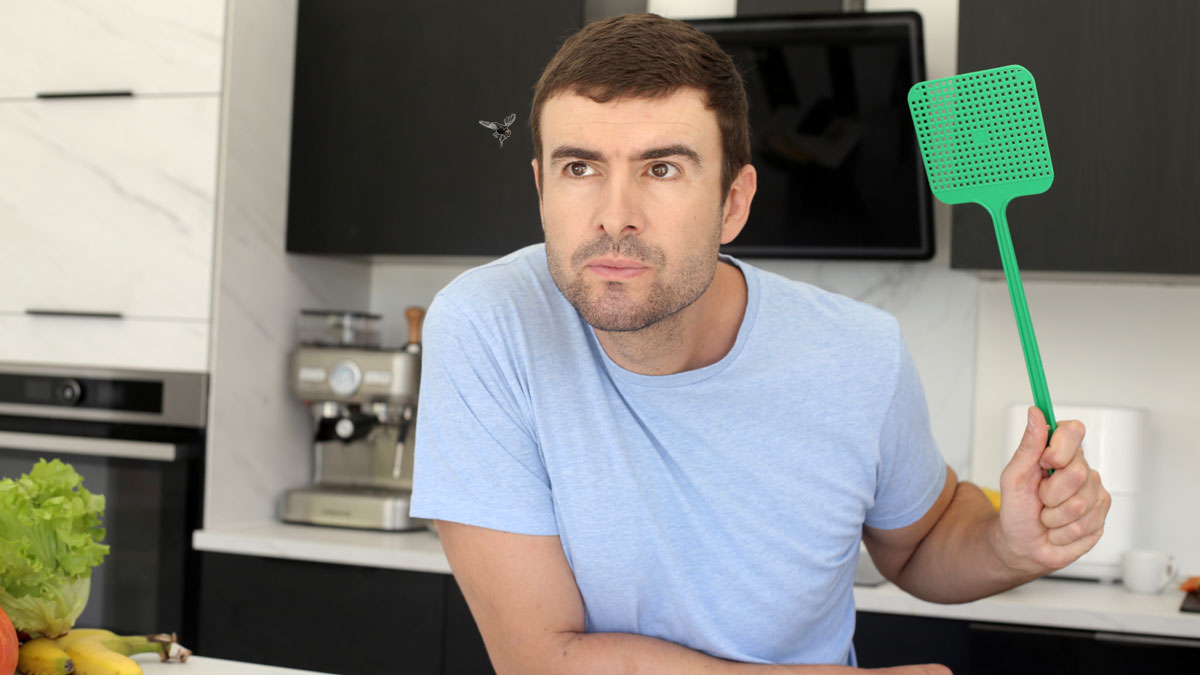 One of the worst pests you can be stuck with is a fly. These annoying critters will circle around your head, land on your food or in your drink, and drive you insane with their buzzing. In fact, flies are practically neck and neck with cockroaches for the world’s most hated insect pest.

But flies actually play some very important roles in nature. The specific job can vary depending on the species (and no, it’s not their job to annoy you – that’s just their hobby). So before you grab your Bug-A-Salt, let’s take a look at why flies exist… and THEN you can fire away!

What Is the Purpose of Flies?

This happens to be one of those questions where there’s no single (and sometimes no simple) answer. There are 125,000 identified species of fly, but an estimated one million species out there.

So we hunkered down and decided the best way to explain what flies do (besides being pests) is to go over the various types you’re likely to encounter and describe each one individually. And after asking ourselves this very question, here is what we found: 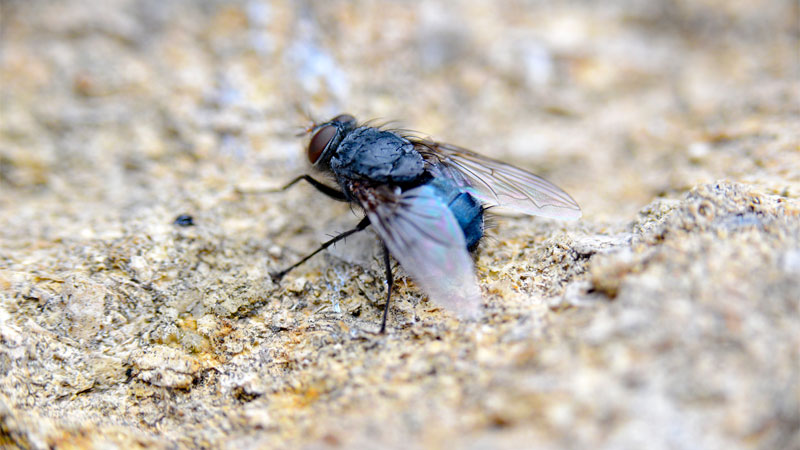 House flies have rightfully earned their reputation as nuisances, especially when they keep landing on our skin. However, they actually play a crucial ecological role by helping to break down and recycle various organic waste.

House flies are attracted to garbage, feces and other rotting organic matter.  While it seems like they’re always found in our kitchen or near our patio door, they can also be found near garbage cans, decomposing animal carcasses, sewage, and other decaying organic material such as grass clippings. 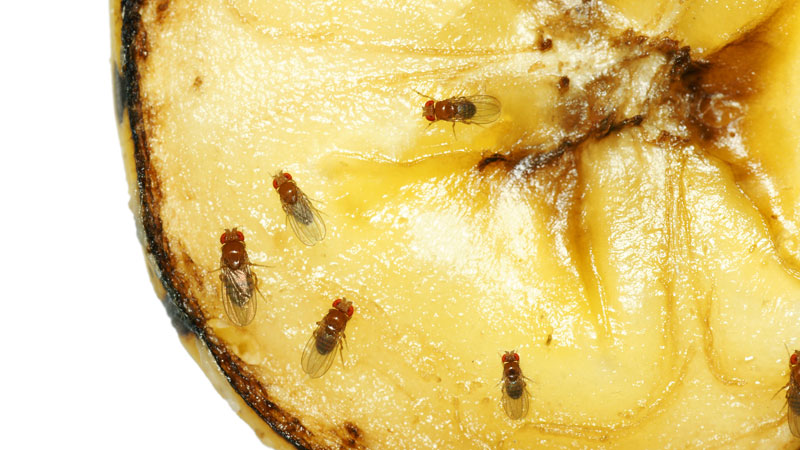 Fruit flies get their name from the fact that they’re often found on ripe or overripe fruit. They also seem to crop up when you have dirty dishes or other mess in the kitchen. Outdoors, some can also infest plants, sometimes causing extensive crop damage.

But these two families have distinct purposes in nature. The Tephritidae family tends to lay their eggs inside plants where the larvae become parasitic. As much as this harms some plants, certain species are now being used to help control weeds and invasive plants. These species disrupt seed production or even devour the sexual organs of the unwanted plants.

Drosophilidae are a somewhat different matter. Their actual purpose is to break down rotting matter, and transmit acetic acid bacteria, which can be both beneficial and problematic, depending on what the acid gets onto.

Unfortunately, these fruit flies can get over-enthusiastic in their jobs, often attacking perfectly good fruit because a rotting piece was nearby. 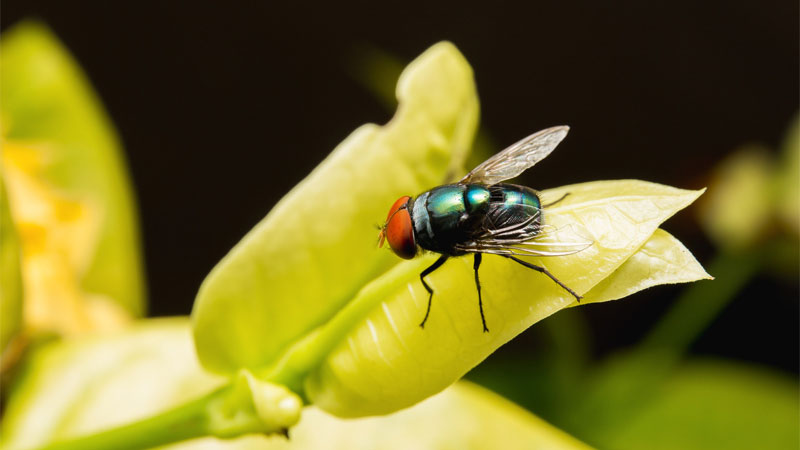 If it was possible to find an attractive fly, the blow fly would be a major contender. This family of flies have metallic exoskeletons that can make them look like little pieces of blown glass. However, the name is believed to have a much different connotation dating back to Shakespeare.

There are 1,900 or so species of blow fly out there, but they all share the same purpose in life. Larvae can be found on both dung and carrion, where they aid in decomposition.

However, the adult blowfly is attracted to flowers that have a rotting smell. They act as pollinators for these plants and feed on the nectar, although it’s unknown how the nectar is digested. 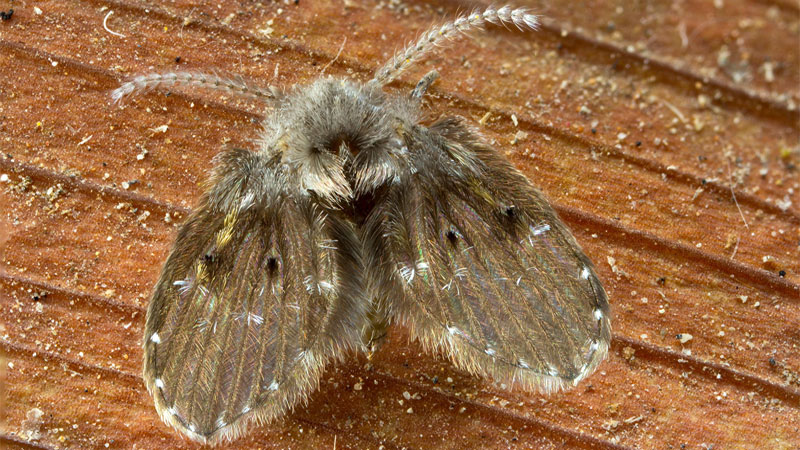 Drain flies get their name for their apparent preference from hanging around sink and shower drains. The best known member of this family is the common household drain fly (Clogmia albipunctata), but they’re actually one of the biggest families of true flies with over 2,600 species.

Despite being annoying (and the larvae occasionally burrowing into a foot to incubate), they’re actually considered harmless and even beneficial to some degree.

But how are these strange critters beneficial? The drain fly is one of Mother Nature’s plumbers. The adult female lays eggs just above the water line, and the larvae make their way underwater to feed on hair and other sludge that may be clogging your drain.

They have to regularly surface for air, but their efforts greatly reduce the number of times you have to bust out the vinegar and baking soda. However, severe clogs can lead to larger infestations which is when you run the risk of a foot invader. 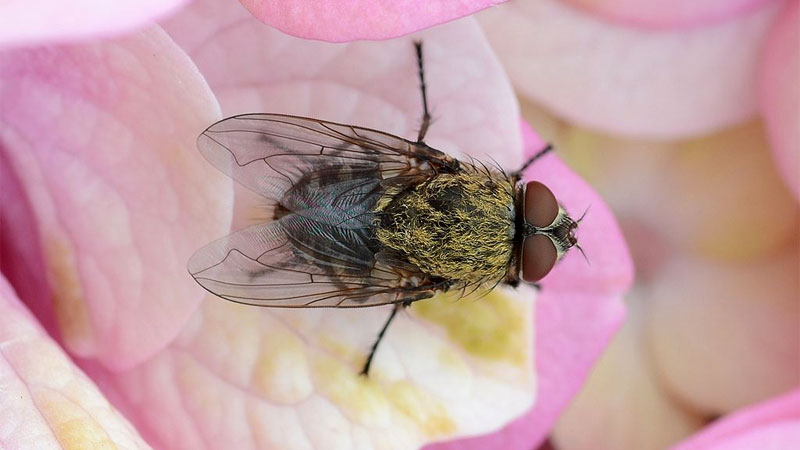 The cluster fly has a very unusual job in nature. These pests are sometimes referred to as grass flies or attic flies, but they get their more infamous name from the fact that they will gather in large swarms.

You’ll know if you have them because they’ll cover the windows in the middle of the day like something out of The Amityville Horror.

But what about that job? Well, when they’re not busy invading your home, they lay their eggs near the entrance to an earthworm burrow. The larvae then feed upon the earthworms.

Despite how beneficial earthworms can be to your garden, too many can be a bad thing, and cluster flies help keep the population under control. 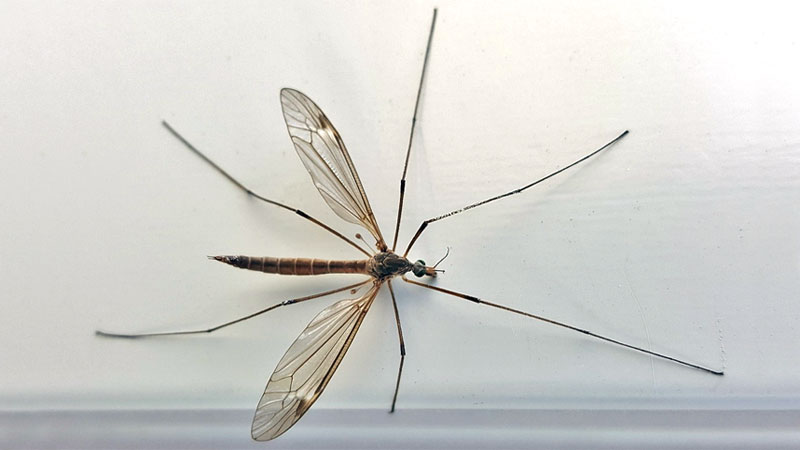 Crane flies are scary looking critters that tend to be a common phobia. However, they do serve an important role in nature. These mosquito look-alikes are perfectly harmless in their adult stage, although the larvae of some species can feed on the roots of grass and other plants.

But these flies primarily feed on decomposing matter in their larval stage, much like many other flies. They may assist in composting and breaking down debris or dead animals.

Some species are actually predatory and will eat insects, including mosquito larvae (which is where they get the name “mosquito eaters”). Once they reach adulthood, they forego feeding and only live long enough to reproduce. 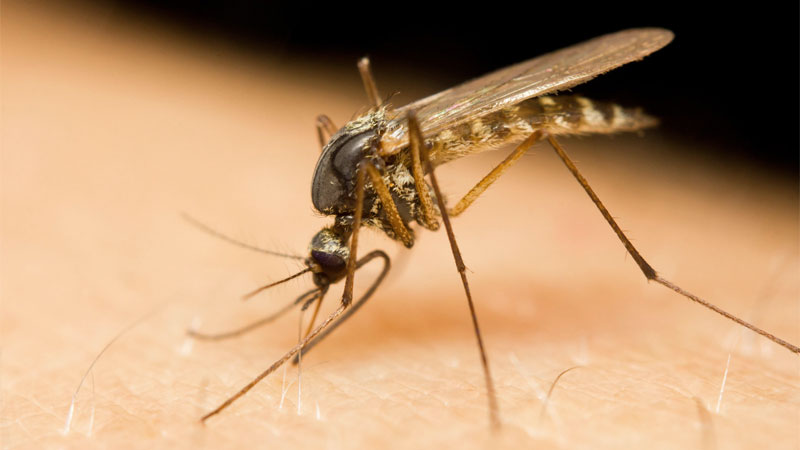 Believe it or not, mosquitoes are a type of fly. In fact, there are approximately 3,600 species which share the Culicidae family with gnats. These little nasties are well known for being some of the most annoying vampires in nature. Even worse, they can infect their victims with a wide range of diseases.

But this is where things get bizarre, because blood is actually not the main food source for mosquitoes. Yes, you read that right – mosquito females actually only drink blood to gather protein for reproduction.

The rest of the time, male and female mosquitoes are actually pollinators who feed on plant nectar! As they feed, they carry pollen from one flower to another, just like bees and other pollinating insects.

Related: What Bit Me? (Insect and Spider Bite Identification)

We’re going to be perfectly honest here – We have no idea what kind of benefit the bot fly serves in nature.

Botfly larvae have been used as a food source in some cultures, but these nasty little parasites are better known for getting into a living host’s body by burrowing or being eaten as eggs, then feeding on the host’s flesh until they’re ready to enter their pupal stage.

If Mother Nature did have a function for these flies, she’s forgotten to let us in on the secret. 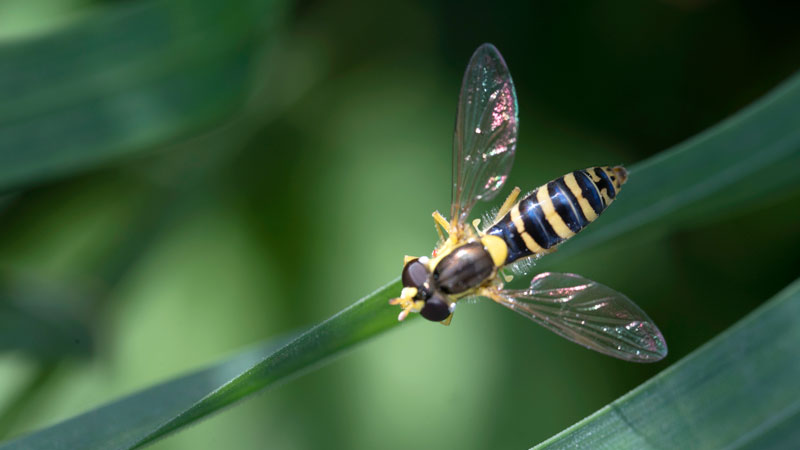 Of all the flies we’ve mentioned, we have to admit hoverflies can actually be pretty awesome. The adults are valuable pollinators, but the larvae of many species make the hoverfly every gardener’s friend.

These little larvae feed on aphids, leafhoppers, and other pests. Even more interesting, the subfamily Eristalinae has larvae that filter water and help decompose feces.

One word: chocolate. Midges serve a lot of purposes, such as aiding in decomposition. Biting midges are also known to be one of the few pollinators of the cherished cacao plant. Thus, without midges, there would be many more murders in the world! 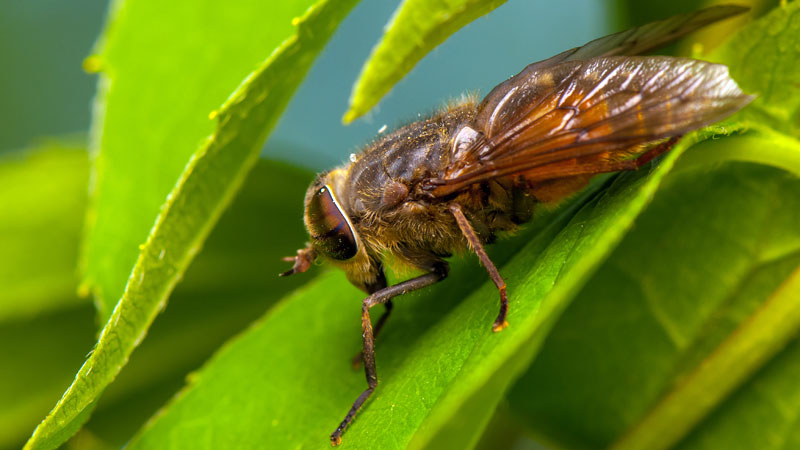 The horsefly tends to be big and is known to drink blood. However, their blood-sucking reputation is a little exaggerated, as the female only drinks blood when she’s about to breed.

The rest of the time, horseflies are actually avid pollinators, sometimes rivalling bees in their efficiency.

See Also: 9 Ways to Keep Flies Away From Your Horse 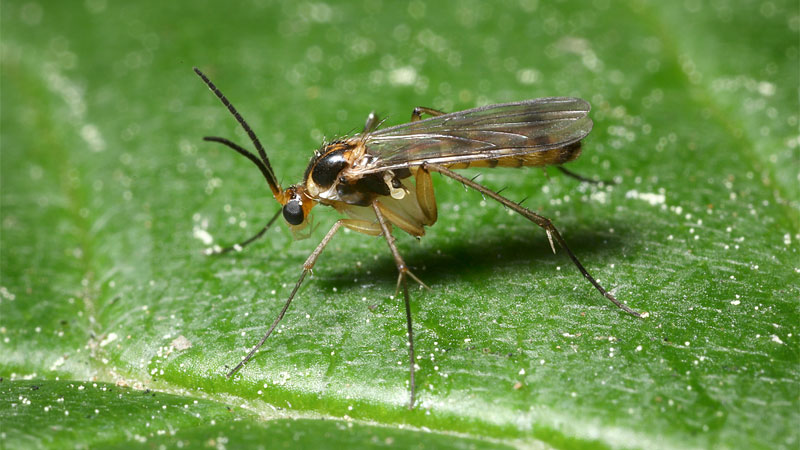 Fungus gnats have a very mixed reputation, and you only tend to hear the negative side. They’re erratic fliers which can infest plants and sometimes damage their root systems. Even worse, they’re known disease vectors for many nasty plant ailments. But they actually serve multiple important roles in nature.

As the name suggests, most fungus gnat larvae feed on soil-borne fungi, aiding in decomposition and sometimes even helping to protect some plants from infection by keeping the fungus from spreading too fast. A few species are predatory, feeding off of unwanted ground-based pests that would otherwise harm your plants.

But here’s the real kicker: many adult fungus gnats are actually important pollinators. Some species help spread mushroom spores while others are the only known pollinator for some exotic plants!

So while having fungus gnats in your home is a sure sign there’s something wrong with your plant, they may actually be helping to tend your outdoor garden. 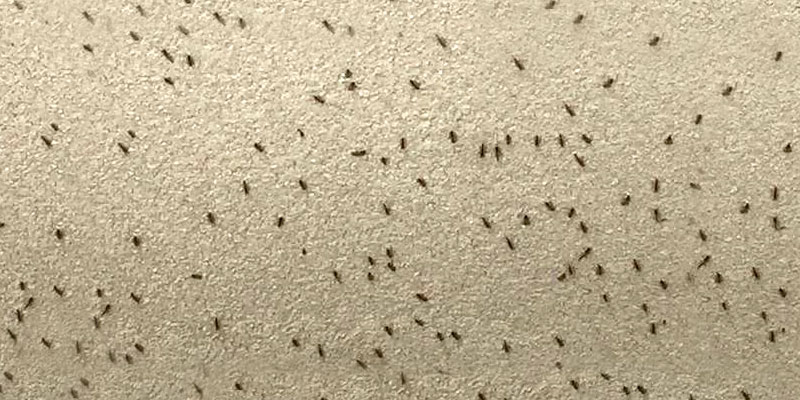 This is actually an umbrella term for biting flies that inhibit sandy areas such as deserts or beaches. They can include midges and horseflies. As a result, their purpose varies greatly.

Of course, there are many more flies out here: phorid flies, terrible hairy flies, stalk-eyed flies… the list goes on. That said, if you want to know the purpose of a specific fly, let us know and we’ll add it in.