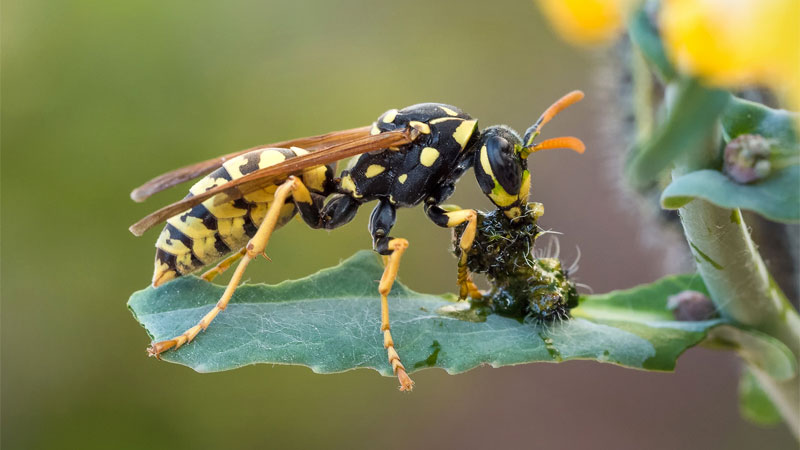 I’m sure at some point in your life you’ve seen a wasp flying around or landing on a picnic table and wondered, what do wasps eat?

If you’ve never wondered that and instead just thought about how to get out of that situation without getting stung a bunch of times, that’s okay too.

But back to the topic of a wasp’s food source. Perhaps they eat plants or fruit or maybe even other insects. You may be thinking:

So, let’s get started and find out what they really eat to survive in the wild.

See Also: Can a Wasp Sting You Multiple Times?

What Things Do Wasps Eat? 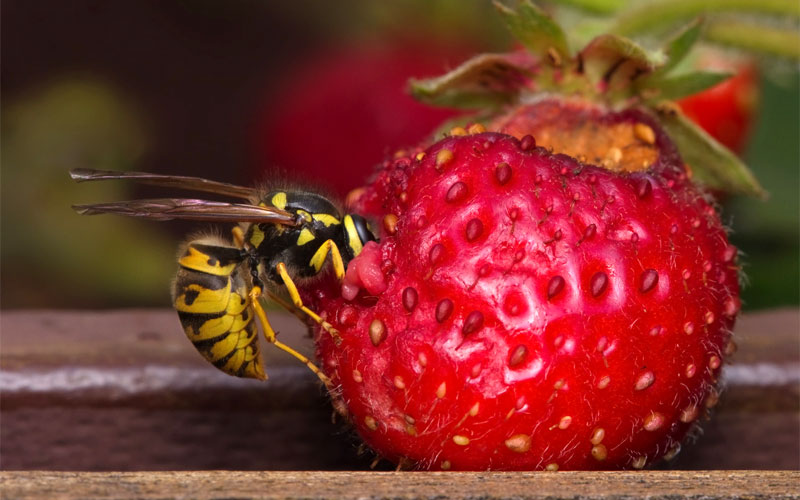 The diet of these creatures differs from species to species as there are hundreds of species that fall under one big wasp umbrella.

But, here, in this article, we will be discussing the dietary needs of the most common wasps that you will find around your house or surroundings.

Some wasps will lay their eggs inside the body of other insects, and the wasp larvae will get their first meal from that host insect. More common wasps lay eggs in nests where the larvae are fed by the adults.

Most of the social wasps that we find near our homes are omnivores in nature, that means they eat both plants and insects.

As a general rule of thumb, wasp eats a lot of things and their preferred food sources include:

The category of the above-mentioned small insects is very wide. A lot of insects can fall into this category. So, let’s look at that category more carefully.

Related: What Do Yellow Jackets Eat?

No, wasps unfortunately do not eat mosquitoes. The world would be a better place if more insects like wasps hunted mosquitoes but that’s not the case. 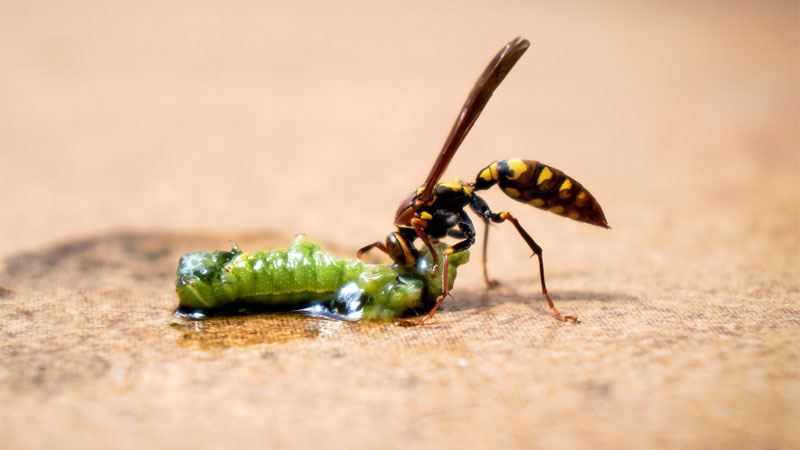 Yes, wasps eat caterpillars, and they play a good role in controlling their population. So that wasp flying around your tomato plants is not necessarily a bad thing.

The Mud Dauber wasp is one of the predators of various spiders in North America.

These wasps do not eat the spiders, but they hunt down certain types for their larvae.

They sting the spiders, paralyze them with their venom, and then move the spiders to their nest, where baby wasps feed on the spider.

Getting rid of wasps can be a challenging task especially if there are a large number of them flying around.

In the case of a wasp infestation, it is best to hire a professional exterminator who can deal with this problem instead of you getting attacked by them.

To get multiple free quotes from pest control companies in YOUR area, click the link below. Wasp extermination is often quick so your patio and backyard will be wasp-free before that BBQ you have planned in the near future.

Now that we know what wasps eat, we can utilize this information to get rid of these stinging pests.

Whether you use a home remedy like peppermint oil or soapy water to kill wasps or a wasp fogger or professional exterminator, you can make sure they won’t get that final meal.