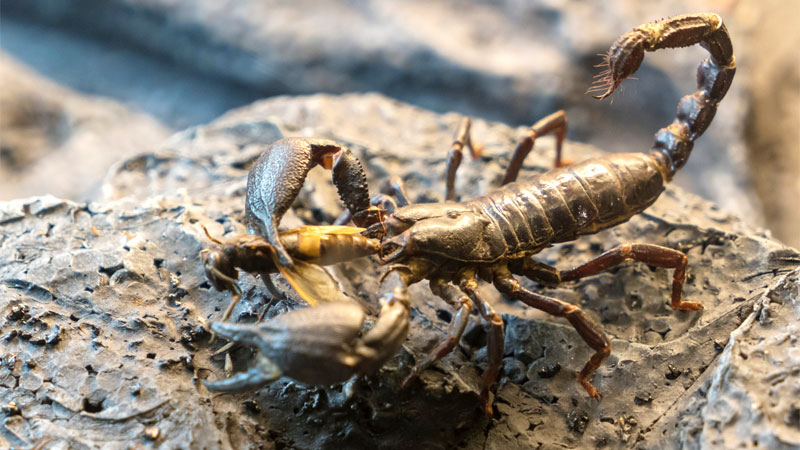 If you have an abhorrence towards an eight-legged anything, you are definitely not going to be pleased with these facts about scorpions.

These fiery and feisty arachnids can be a real threat to humans as well as other animals.

But how much does a scorpion live up to its notoriously terrorizing reputation? And most importantly, what do they eat? Let’s find out.

What Do Scorpions Eat In the Wild? 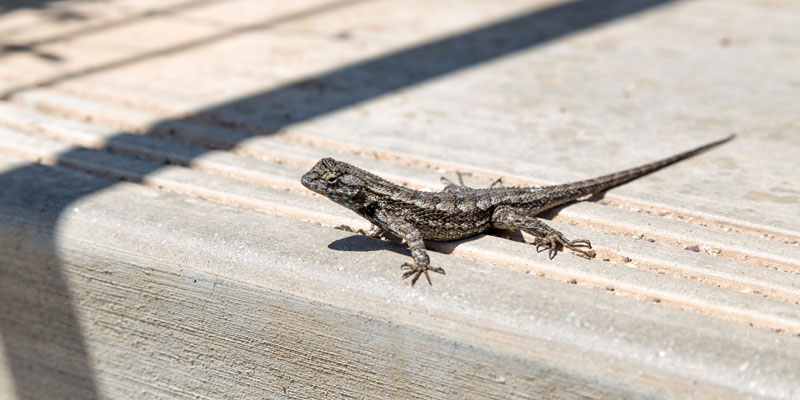 Scorpions usually feed on small insects like crickets, centipedes, beetles, grasshoppers, wasps, and termites. They also love to feast on all sorts of spiders and small animals like mice, lizards, and even birds.

Scorpions prefer hunting live insects and animals and they use their pincers to capture their prey and paralyze the prey with the help of the stinger.

If you think this is ruthless and cruel, wait till you learn about the next fact that might just blow your mind away.

The prevalence of cannibalism among some scorpions! Yes. In some cases, the female scorpion kills and eats the male after mating. If this isn’t weird, I don’t know what is.

See Also: What Do Toads Eat?

What Do Scorpions Eat in Captivity? 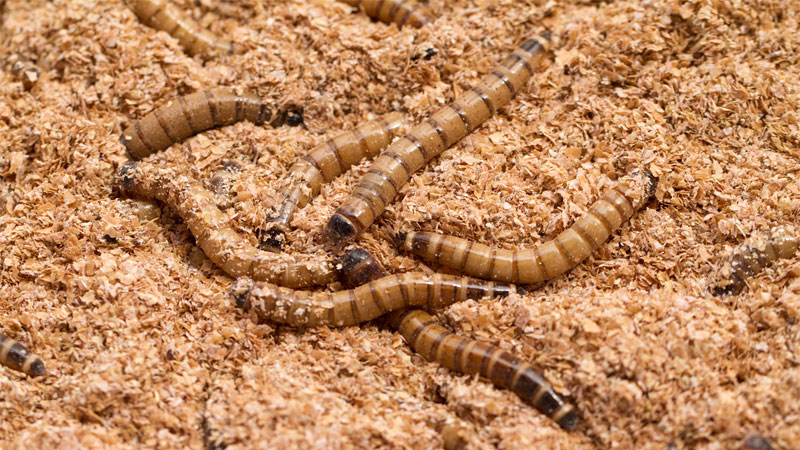 Nonetheless, a scorpion will eat any insect or small animal that it can grab with its pincers and crush till the prey is killed.

If you’re curious what it looks like when a scorpion eats, there are plenty of videos on YouTube showing scorpion meal time. If you get easily grossed out, you may not want to watch. 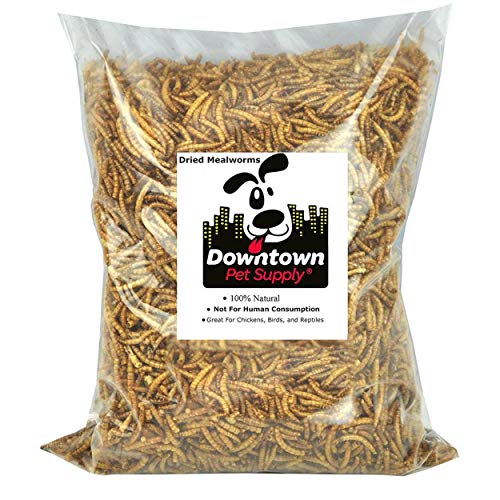 How Long Can Scorpions Survive Without Food?

Amazingly, a scorpion can go as long as 12 months without food! But they do require some water every now and then. This is why they can survive in some of the harshest climates on earth.

So, if you decide to keep a scorpion as a pet, you don’t have to worry about feeding them every day as their bodies can handle nutrition in an extremely efficient way. 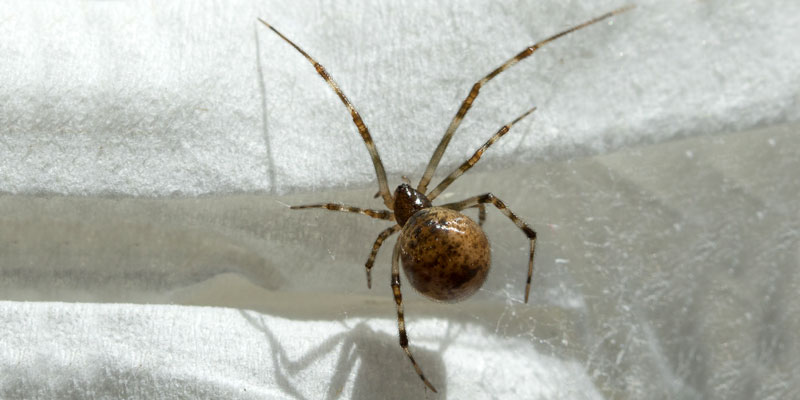 However, in exceptional cases, spiders too can sometimes fight a scorpion.

Scorpions have been caught in the act of eating termites. So, yes. Scorpions do eat termites. 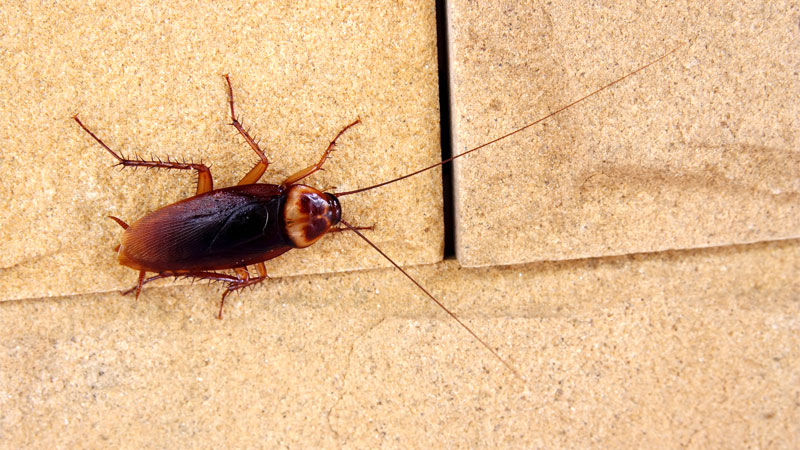 Yes. Scorpions eat a wide range of insects that include roaches.

Read Also: What Do Earwigs Eat? 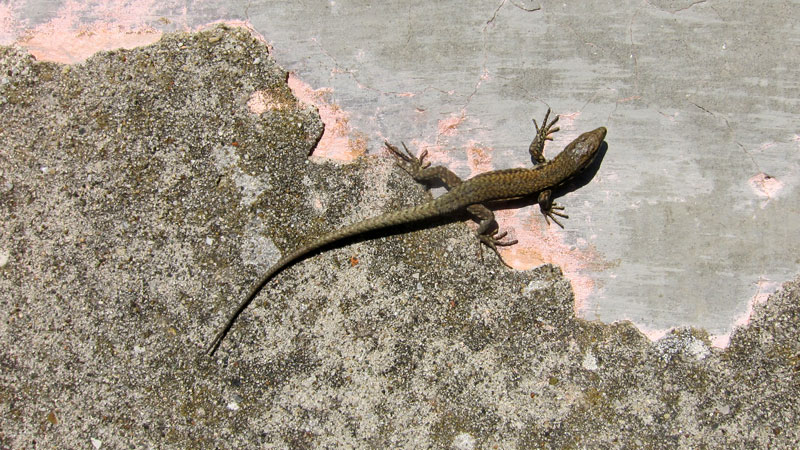 Yes. Many scorpions do eat lizards although size difference does play a role.

The sight of a scorpion usually seems to be the sign of impending danger. However, the truth is, not all scorpions are killer scorpions. Only a few of them are actually deadly to humans.

Most of the species are equipped with venomous stingers potent enough to just kill insects and animals they prey on.

But only about 25 known species’ stings are fatal to humans when stung. Here are some of the deadliest scorpions that can prove lethal to humans: 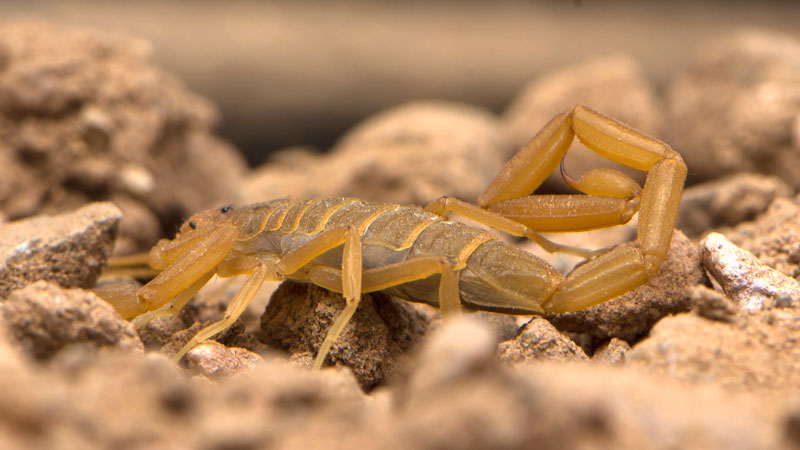 Considered the most dangerous in North America, this scorpion measures up to 3 inches in length.

If you are wondering how lethal can it get? In the 1980s, 800 people in Mexico died after being stung by this deadly scorpion.

The ‘Androctonus’ in Androctonus australis stands for “man-killer”. Do you need any more information on how effective a killer this species is? I guess not.

The sting of this scorpion may cause a state of ‘hyperesthesia‘ which used to describe a state in which the patient is extremely sensitive to touch throughout the body.

However, most people usually get away if stung and experience secondary symptoms like nausea, stomach cramps, rapid heartbeat, etc.

The largest of the Buthidae family which can grow up to 6 inches. As the name suggests, the Spitting Thicktail Black Scorpion can spit its venom up to 3 feet away.

This scorpion is considered the most lethal in Southern Africa. 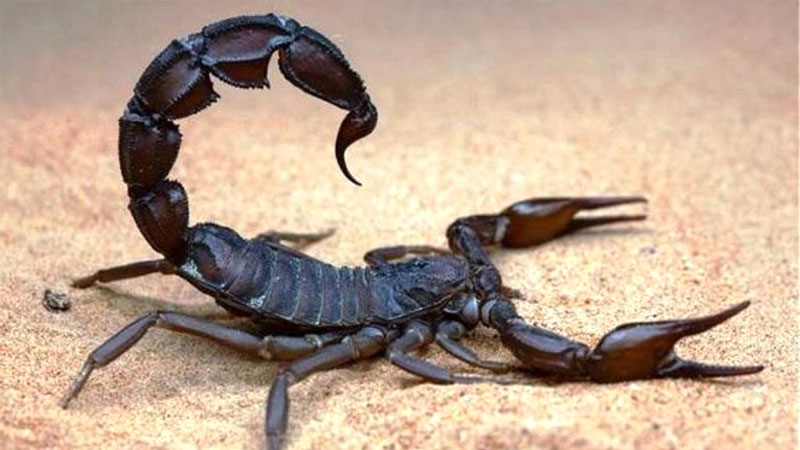 It should not be difficult to guess that it is found in the Arab world in countries such as Turkey, Iran, and Iraq. It is a relative of the yellow fat tail scorpion.

It measures 2.5 inches but you would want to steer clear of this kind. The Deathstalker is found throughout North Africa and the Middle East.

Its venom makes up for its puny size and can take the life of a perfectly healthy adult.

Even though a scorpion can survive a year without eating, you still want need to feed it at least every two days if you plan to take them on as a pet.

They’re not picky eaters and will gladly feast upon most insects and even some smaller animals.

If you own a communal tank, ensure there is no cannibalism inside the tank and provide enough food for the scorpions.