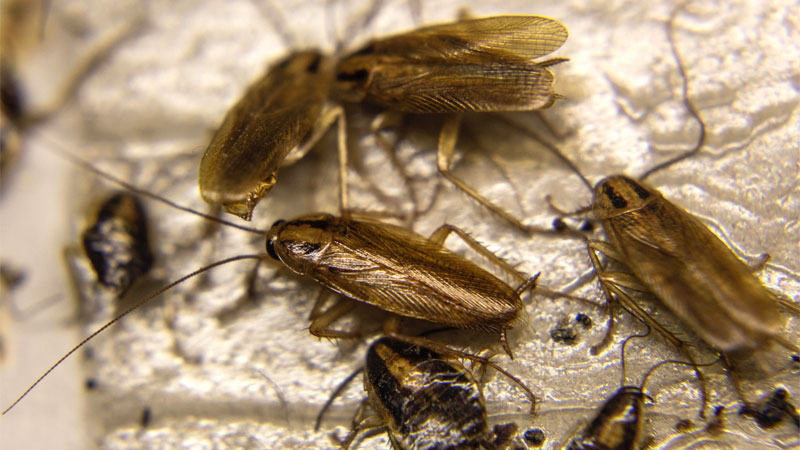 You’re probably thinking, “If it’s a roach, and it’s in my house, why should I care what type it is?”

The unfortunate answer is that different roaches have different preferences and habits.

For example, not all roaches are attracted to moisture, and some don’t even care if your house is messy or clean. Other types will invade your home only in the winter and migrate back outside when the weather warms up (but you should still get rid of them if you see one).

Fun Fact:
The term “cockroach” is based on the Spanish “cucaracha”, and a popular Mexican folk song called “La cucaracha” began as a tale of a cockroach that lost its hind legs, only to become most famously known for an alternately-worded version about President Victoriano Huerta during the Mexican Revolution.

Common Roach Types and Species in the US

We could write a novel-length description of every species present in the US, but for now, here are some cliff notes on the ones you’re most likely to run into:

There’s an ongoing pattern among cockroaches where they’re given names that have little to nothing in common with where they come from. The American cockroach is native to Africa and spread to both the Middle East and Americas by the African slave trade.

These guys are the largest of all cockroaches at up to 2.1 inches long, can live up to 700 days, lay up to 150 eggs, and traverse 3.4 miles in an hour. In other words, they’re the pinnacle of cockroach evolution.

They’re mostly brown with a yellow marking above the wings and have been found to carry at least 22 pathogens and 5 species of helminthic worms. As one of the Big Three, there’s a very good chance your infestation is the American cockroach.

While the terms American cockroach and palmetto bug are often used interchangeably, they are not the same. 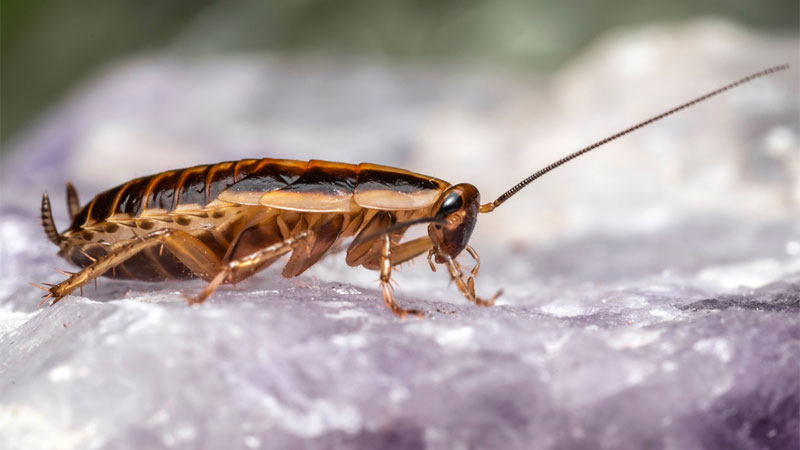 One of the Big Three, the German cockroach only measures around 1/2-inch long. It’s nearly identical to the Asian Cockroach with the exception of being flightless.

In a strange twist of poor name choices, this species didn’t originate in Germany, but actually migrated from the Orient. Unlike the Oriental cockroach, however, we can blame the misnaming on a lack of migratory data, instead of a lack of geographical knowledge.

They’re known to release a foul odor when startled and are the most common roach found in restaurants, although they’ll gladly take up residence in your kitchen, especially if cold weather is approaching. They’ve been known to make themselves at home in a dishwasher, refrigerator, or even microwave.

These are some o the toughest species to get rid of because the adults carry their ootheca (egg sacs) and a single female can produce up to 300 eggs in her lifetime. 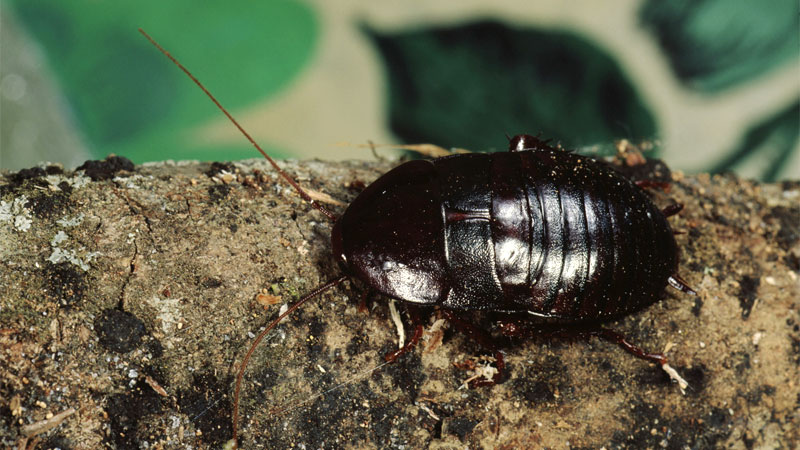 Males and females can be a little over an inch long, with males being slightly longer and with a somewhat different appearance. They tend to be a glossy brown to black color. You’re most likely to find them nesting in drainpipes or under sinks where it’s dark and damp.

There are actually 12 species known under this moniker. They all have one thing in common, though: They prefer wooded areas.

You’ll usually find them in woodlands, but they also commonly infest wood piles, the latter of which is usually how one ends up indoors. They’re attracted to light and will try to leave your home on their own. However, while they’re not nearly as destructive as other roaches, they are still disease vectors.

For more information on wood roaches, please refer to our in-depth guide.

This cosmopolitan relative of the American cockroach has a uniform light to dark brownish-mahogany coloration and can be found in the southern US where it’s nice and warm.

They’re most likely to infest homes in the winter, but will often migrate back outside in the warmer summer months. 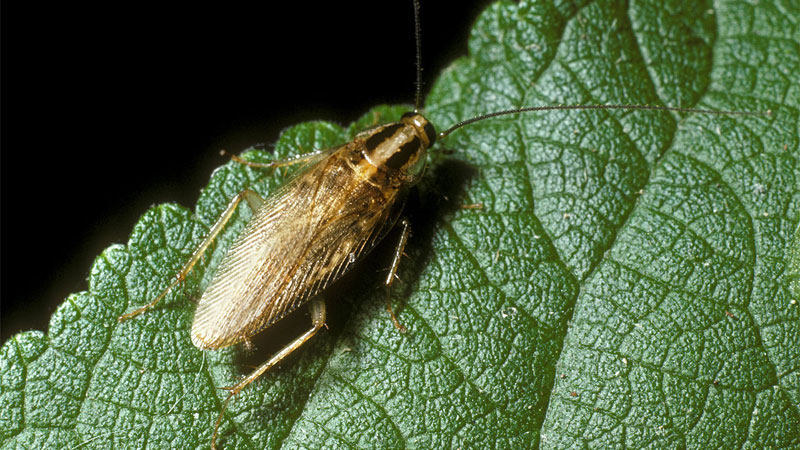 The Asian cockroach is a type of cockroach that is native to Southeast Asia although it’s thought to have been introduced to the United States in the 1980s, and has since become established in many parts of the country.

Asian cockroaches are similar in appearance to German cockroaches, but they are slightly smaller and have darker markings. They are also more active during the day than other types of cockroaches, which makes them more visible.

Believed to have originated in Africa (NOT Australia, where it was more recently introduced), this cockroach looks like a shorter version of the American cockroach with additional markings.

It likes warmer climates and can be found throughout the southern states.

These dark brown roaches are only about 1/2 inches long and have light yellow bands on the wings and abdomens. Unlike most roaches, they prefer dry conditions and will often take up residence in walls or appliances. 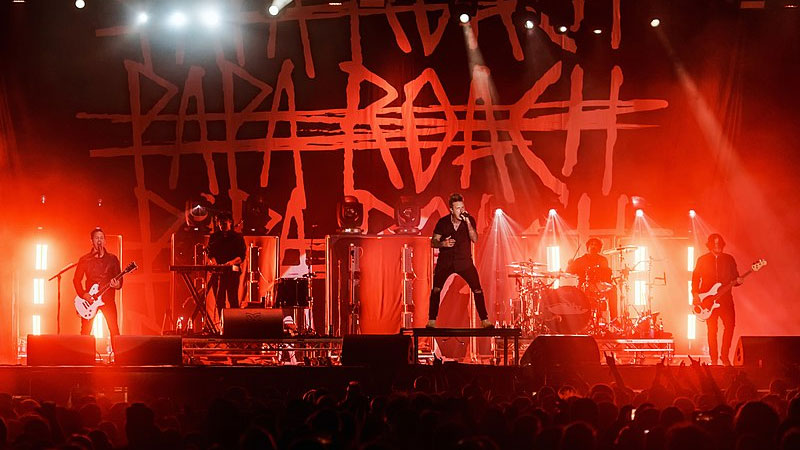 This rarer type of migratory roach groups in a pack of five and is not known to be dangerous. They’re only considered a nuisance or pest to people with poor musical tastes.