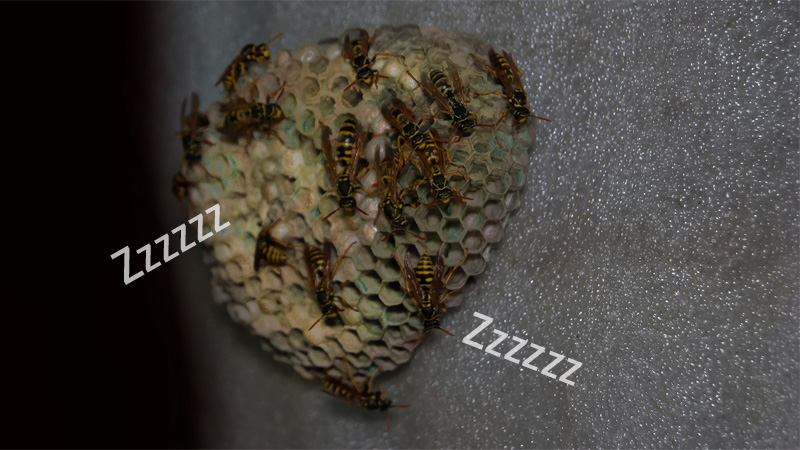 It is usually said that if you want to kill wasps and spray their nest, it’s better to do so at night after the sun goes down.

This is because, at that time, you’ll find each and every wasp in their nest. But, why is that?

Do wasps sleep at night? If yes, then at what time do they go to sleep?

These are some of the most common questions that you should know the answers to before you set out to eliminate them and their nest because you would not want to be near them when they’re most aware and aggressive. 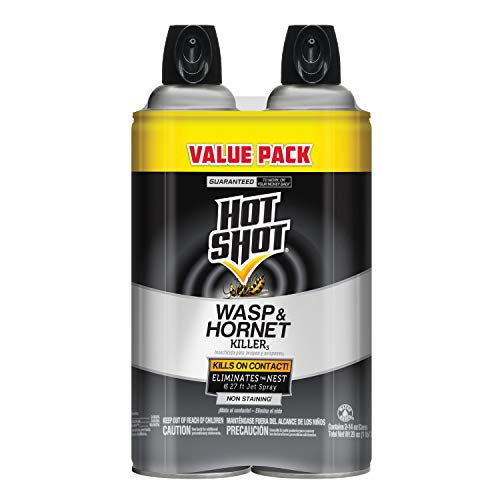 In the research published by the University of Arizona, the researchers observed the behavior of wasps in the day and night and found that their behavior defines sleep.

In their experiment, the researchers did several tests that show that wasps’ behavior indicates the sleeping pattern.

From the scientific point of view, the below-mentioned measures were selected to determine their sleeping habit.

So, as per their study, we now know that wasp do sleep.

See Also: What Do Wasps Eat for Food?

What Time Do Wasps Go to Sleep?

So, if they sleep then there must be a specific time frame when they go to sleep right?

Do wasps sleep at night or go to sleep early in the morning?

The researchers observed the activity of wasps during the day and night. They took observations after every 10 minutes, recorded their activity level, their behavior in multiple colonies.

Will Wasps Attack at Night?

Wasp stings are a common occurrence in the summer and most people are aware that wasps can sting during the day. However, many people do not know that wasps can also attack at night.

The truth is, while they may be less active during the day, they are still very much present at night. For example, some species of wasp will hunt for food at night and will attack if disturbed or provoked.

So while it’s unlikely wasps will attack humans at night, they still can sting you at night under the right circumstances.

What is the Best Time to Get Rid of Them? 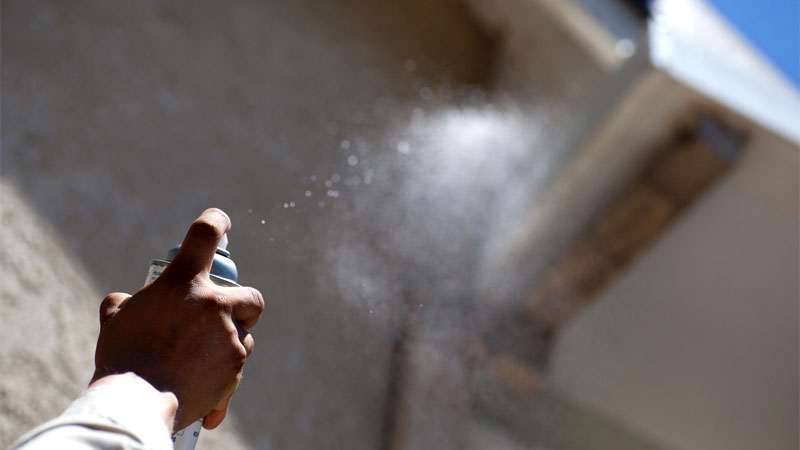 If you want to get rid of wasps, then surely the best time is when they’re sleeping in their nest, and that is after dusk or at night.

In the night, you’ll find almost each and every wasp in their nest, and when you attack them with any spray or wasp bug bomb, then you should be able to reach and kill all of them.

There can be many ways to deal with these flying insects; you can buy some sprays for the quick killing.

There are a couple of home remedies that have been know to offer good results. Peppermint oil wasp spray for keeping them away or soapy water to kill them.

But, whatever method you choose to get rid of them, make sure that you wear protective clothing because they can get aggressive and attack you. 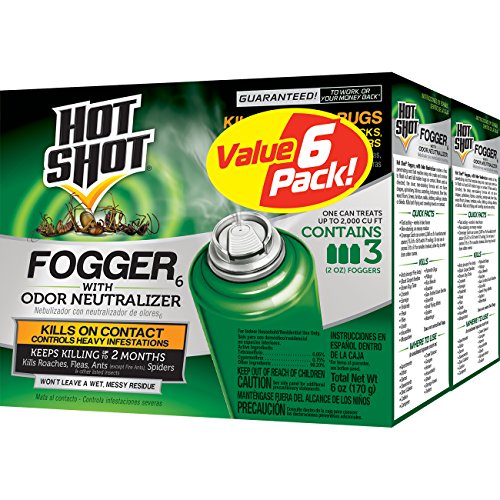 Dealing with Wasps with Pest Control

Now that you know wasps do in fact sleep at night, you can use the various home remedies and commercial products to eliminate them from your property.

However, in the case of a serious wasp infestation, it is best to hire a professional exterminator who can deal with this problem more skillfully and get rid of these stinging pests for a longer period.

To help with this, click the link below to get free quotes from various pest control companies in your area to make an informed decision and choose an exterminator that’s both effective and priced right.

If you’ve ever been stung by a wasp then you know how painful and itchy they are; however, what you must not know is that a single wasp can sting you multiple times if they get very angry and aggressive.

That’s why this article is such a must-read if you plan to strike their nests in order to get rid of them from your property.

Now that you know that wasps do sleep at night, then the next attempt to kill them can be made at nighttime for the maximum benefit.

In case of any more questions on how to eliminate wasps, feel free to reach out to us in the comments below.