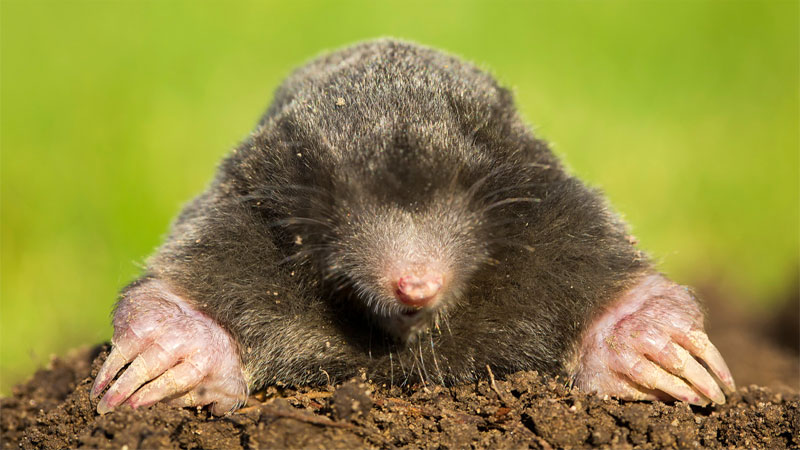 The first thing that comes to anyone’s mind when they usually see mounds in their lawn or holes in their gardens is MOLES!

Moles can go about tunneling underneath gardens, lawns and pile up mounds of soil over the ground within a blink of an eye.

Nobody with love for gardens or pretty green spaces is a fan of these putrid looking holes. However, one of the most common doubts that people have is- do moles have eyes?

In this article today, we will shed light on whether moles have eyes, and if they do, then can they see or are they blind?

Along with this, we are also going to answer some very commonly asked questions regarding moles. So let’s jump in.

What Do Moles Eat?

Being omnivores, moles primarily survive on earthworms and other small invertebrates or even a variety of nuts. Moles can eat up to the weight of their body worth of earthworms every day.

It is a common misconception that moles dig to eat the roots of plants, but in reality, moles actually dig to eat earthworms or other small invertebrates found in soil.

Moles have a toxin in their saliva that paralyzes the earthworms, which also means moles can store their food to eat later.

A few larger species of moles have been known to eat mice, too, by catching them at the entrance of the burrow.

See Also: What Do Toads Eat?

Do Moles Have Eyes? 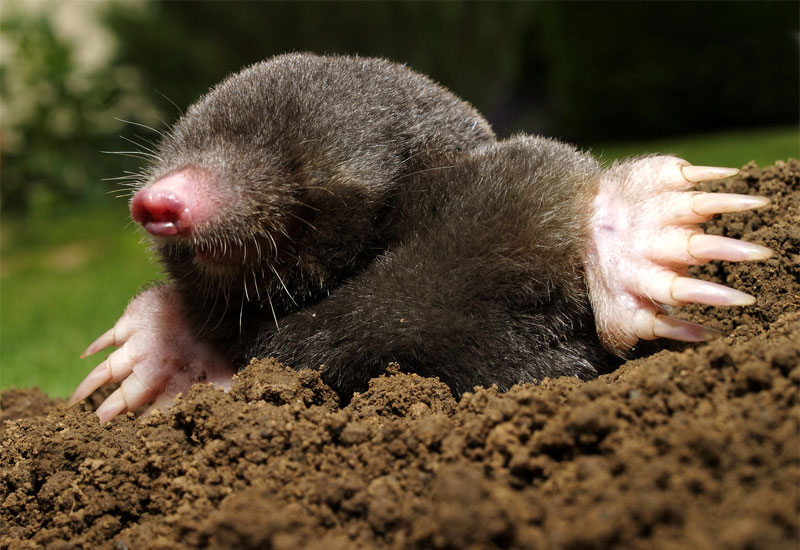 Moles do have eyes but they are really small and often covered with fur and sometimes even skin. This is so because they rarely use their eyes underground since their most active body organ is their nose.

Moles have fully developed retinas with working cells, meaning they can detect light even if their eyes are covered with fur or skin. They cannot see very clearly but they aren’t entirely blind.

Read Also: Do Gophers Have Tails?

How Effectively Can Moles See?

Some moles can only detect light and know when it’s time to hunt or sense movement and scent through the sensors present on the tip of their nose.

Do All Types of Moles Have Eyes?

All types of moles have eyes but they are not very effective in seeing. The eyes are often covered by fur and a thin layer of skin.

See Also: Do Snakes Have Bones?

How Do Moles Find Their Way?

Moles follow their noses to make and find their way. Their noses have tiny touch receptors called ‘Eimers organs’ which serve the same function as whiskers in most small mammals.

When their noses repeatedly touch the ground, the mole can distinguish between different objects and find its way in the dark.

The Eimers organs are composed in such a way that numerous nerve endings around the skin cells act as a receptor of pain.

Many power-packed strokes help them shift a lot of soil like a shovel, as they go on digging. Findings say that a mole can exert a force up to 40 times their body weight to dig tunnels.

Getting rid of one or two moles in your backyard is a relatively easier job, however the same task becomes extremely difficult when you are facing a mole infestation.

This is where a professional exterminator comes into the picture. They can eliminate these moles for you more effectively, permanently, and within a stipulated time.

To get started, click the below to get free no-obligation quotes from multiple local Pest Control Companies so that you can hire an exterminator which meets all your requirements and needs.

Even though moles are no potential threat to humans, moles can cause serious damage to your lawns. Moles do not eat roots but their tunneling does cause damage to the grassroots which turns the ridges brown more quickly.

To protect your yard from all the damage, you can lay a trap for a mole and kill it. But if you are not much of a killer, then there are a few other remedies that will help you keep moles away without hurting them.

And if nothing works, you can always resort to calling pest control professionals to rescue you from your mole predicament. 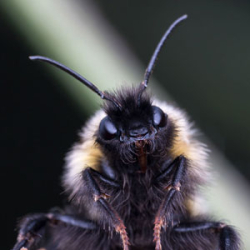 Samantha
Author at Rid My Critters
Sam is a dedicated student part of an Associate Certified Entomologist program with a focus on structural pest management, While working towards her degree, Sam enjoys writing about various fun facts about various critters in the pest control world.

Latest posts by Samantha (see all)