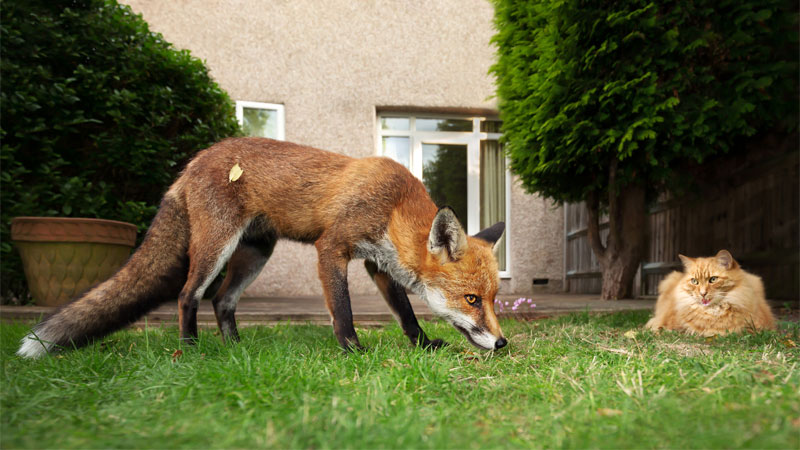 ~ Erin Hunter, Into the Wild

From children’s stories to old proverbs, foxes are infamously known to be cunning predators.

But what do foxes eat? And more importantly, do they eat cats?

If you’re a cat owner and you live in an area where foxes call home, you will relate to the paranoia of a fox attacking your cat if let out at night.

Sharing a space with predatory animals can be a matter of concern, especially if you are a parent to a domestic animal that can come across as defenseless as you in the face of the wild.

So let’s find out how safe are our cats around foxes.

Related: How to Get Rid of Foxes 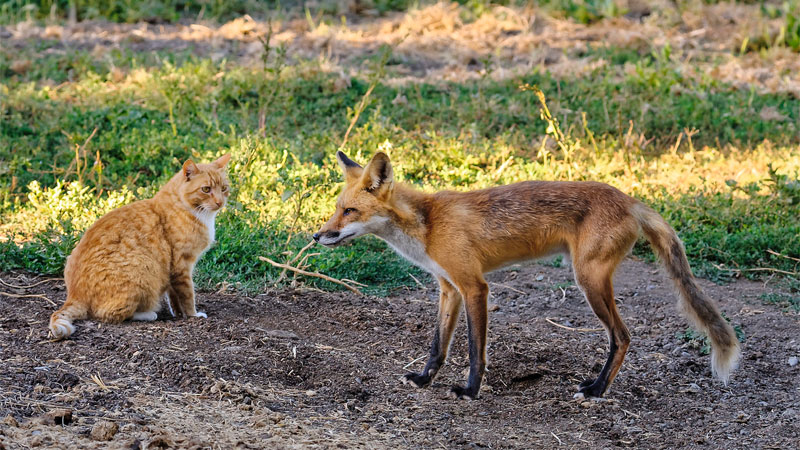 While sharing urban spaces, it has been found that cats and foxes usually ignore each other.

Other cats or animals pose a much more significant threat to domestic cats than foxes. However, keeping in mind the wild nature of a fox, it would be foolish to rule out the possibility of a fox attacking a cat. It’s only wise to be realistic about such scenarios.

Foxes usually don’t eat cats. However, a small kitten or senior cat that is weaker could be prey to a fox. A fox cannot quickly kill a cat that can defend itself.

In most cases, cats chase foxes away as the fox will look for an easier target. But during “cub season”, it’s only natural for a vixen to take on anyone or anything to protect their younger ones, but can you blame them?

Cats are infamous for their notorious curiosity, after all, and the concern is only well-founded. If your cat has been injured, territorial fighting between neighboring cats is a more likely cause than a fox.

Read Also: Do Moles Have Eyes?

Are Foxes a Threat to Domestic Cats? 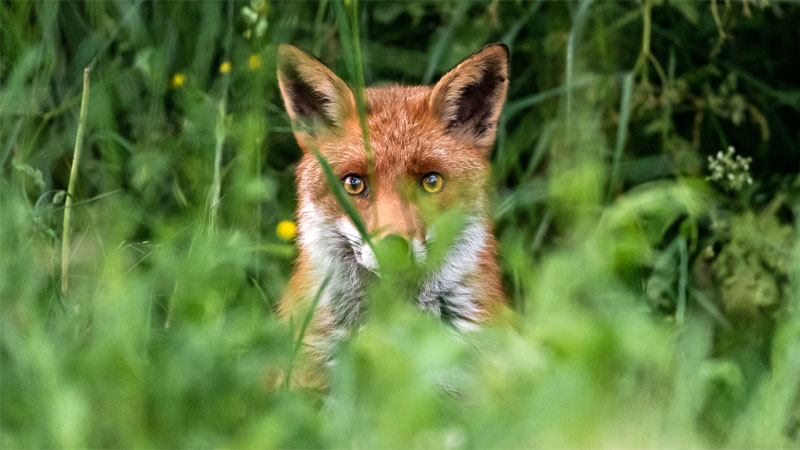 A fox is a predator, yes, but it is highly unlikely for a fox to kill or be a threat to a cat. A fox’s natural tendency is to flee rather than fight; when faced with sharp claws and a cat’s pawing, a fox usually runs away.

A full-grown cat is often close to as big as a fox and knows self-defense pretty well. However, small cats or kittens are at risk of being a target.

What Does a Fox Eat? 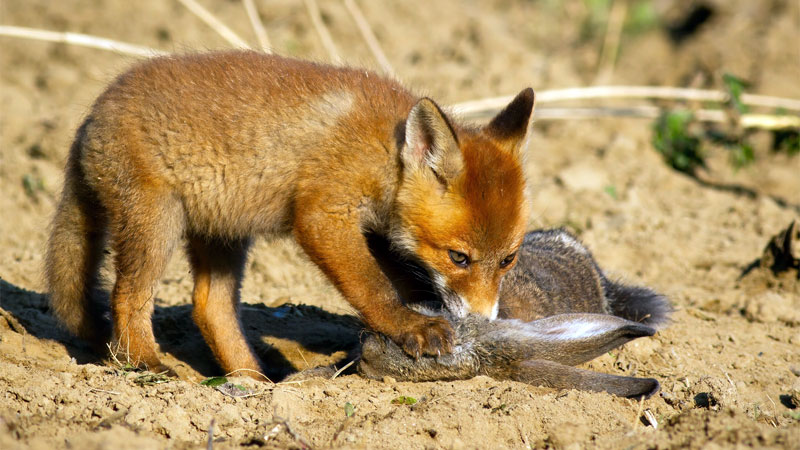 A fox is an opportunist animal. It will eat any animal that would be an easy meal.

Foxes are omnivorous by nature, making the list of what a fox eats almost never-ending. They are extremely adaptable and their food habits change according to seasonable availability.

From scavenging on roadkill to eating small animals like rabbits, mice, birds, or even fish and reptiles, a fox can eat anything and everything. Those who raise chickens are probably well aware their animals are also on a fox’s menu… anytime.

A mangy fox is definitely a threat to a human or a pet as it roams mostly irritated and unafraid. But a fox will usually not attack quickly because they are shy in nature.

They are only dangerous when they are rabid and it is best not to approach a fox or to play with it (no matter how cute it may seem).

And although they are not known to attack and kill cats, it is still suggestible that you don’t let your house pet rendezvous with a ravenous fox in the wild.