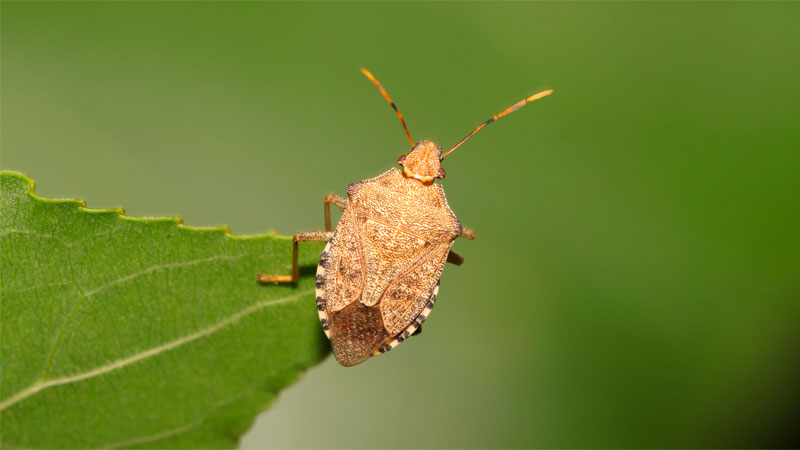 Stink bugs are large, oval/shield-shaped insects that belong to Order Hemiptera and the family Pentatomidae.

They can be found in many different regions in the United States and Canada and are typically brown, but they can also be green or gray.

The most distinguishing feature of stink bugs is their smell when they are threatened, which is reminiscent of cilantro or coriander. The smell is produced by a defensive gland near the end of their abdomen.

They are however quite fast and can enter your house through cracked doors, broken screens, and open windows.

But how do they get inside? Can stink bugs fly? Can they jump? Let’s find out.

Adult stink bugs can fly fairly well. In fact, it’s been said that they can fly between one and three miles in a day if the need arises.

The wings, which are located near their heads, are hard, rough, and can occasionally appear to have a leathery texture. They keep the wings folded over their backs when they are landing and their long legs extend from the sides of the body.

Their set of wings thus serves as a protective cover for their more delicate bodies.

Flying is an important mode of travel for these bugs as they often search for food sources, shelters, and mates by using their wings. However, there has always been a certain level of mystery around whether the stink bugs fly or jump.

Let’s further discuss this in detail. 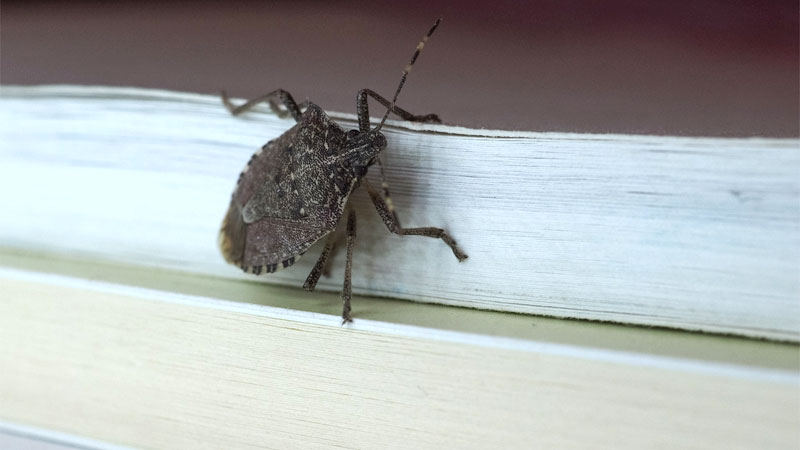 While stink bugs can definitely fly, they don’t jump.

They prefer flying and will use their wings to fly and extend their long legs from the sides of the body.

While flying is how they get from place to place, they don’t jump and hop on to various places as there’s really no need.

So, we’ve answered the common question, “do stink bugs fly or jump?”, but here’s another question for you… Do stink bug makes a sound while flying?

Stink bugs are an okay house guest when it comes to unwanted critters. They won’t easily get into your food unless you leave fruit lying around without any lid or cover.

They don’t generally make a lot of noise and they won’t disturb you much while sleeping. But, if stink bugs do make a sound, it will be a tiny bzzz-click sound when flying

Although, this sound gets old real quick, especially when you have a dozen or so stink bugs.

Their sound can also be like zreeeep. But, in general, it’s more of a hissing sound.

Here’s what a stink bug sounds like when in flight:

Do Stink Bugs Fly at Night?

Among all the species, the brown marmorated stink bugs are most likely to be found at your home. They normally invade and lurk in your homes in order to survive the cold weather.

They can enter any crack or hole in the house and hibernate in the new space, waiting for winter to end.

They feed in the morning and will fly around light posts at the night. Like moths and other insects, they are attracted to light.

If you’ve noticed stink bugs hanging out around your front door or rear patio door, be extra careful when opening those doors at night unless you want some stinky guests inside your home. 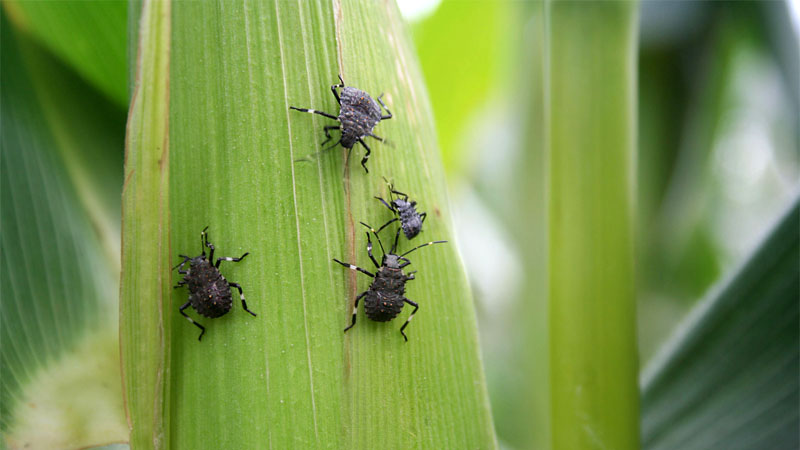 Although stink bugs don’t usually congregate in large, they can create quite a noisy and maybe stinky scenario in case of an infestation.

This is where a professional exterminator comes into the picture who can eliminate these pests quickly and easily. For multiple free quotes from pest control providers in your area, click the link below.

In essence, from the above article it can be determined that yes, stink bugs can fly to get from one place to another but they cannot jump.

When they do fly, they often make a bzzz-click sound similar to how some beetles sound.

And finally, stink bugs are attracted to light so you’ll see them flying around light posts or porch lights at night.

While not as bad as some other pests you may find around the house, they do have a foul-smelling odor if you accidentally or purposefully squish one.