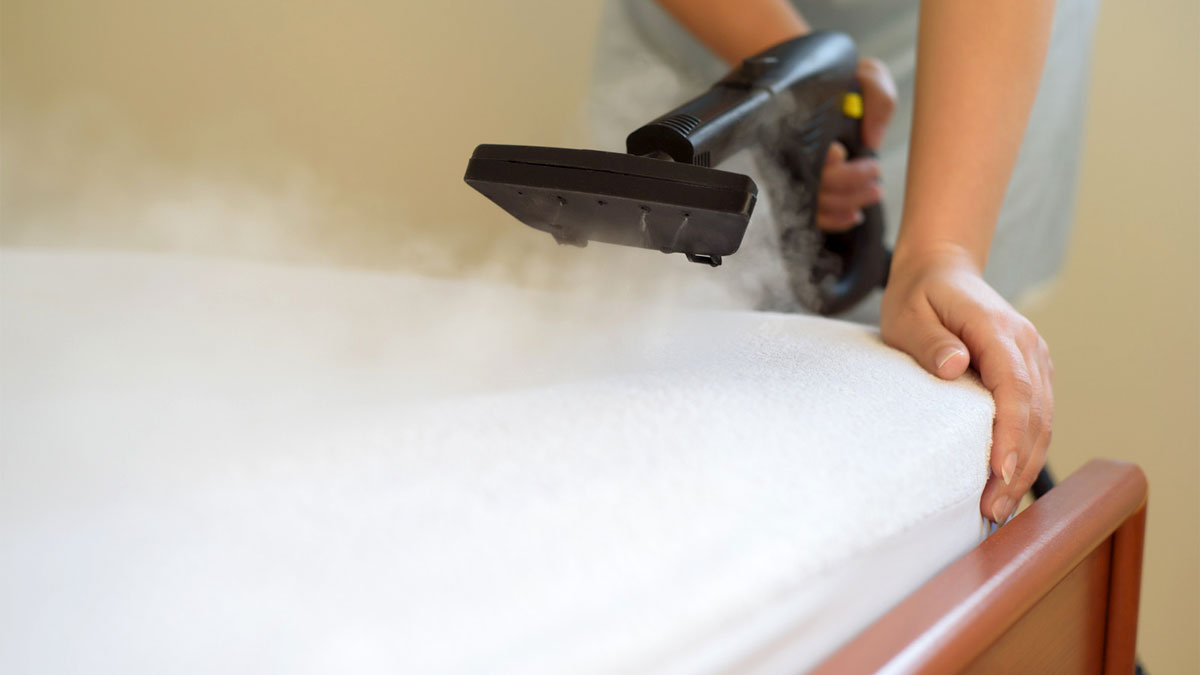 They’re one of the most feared critters in the Western World. While not as terrifying as roaches, they’re perhaps even more common and have become increasingly hard to kill. Yes, we’re talking about bed bugs, the nocturnal pest whose bites can lead to entire businesses being closed for quarantine.

As is often the case with some of these tiny critters, a person may discover one and manage to catch it. Then, not knowing what else to do, they drop it in the nearest toilet or cup or sink and get the water flowing.

But will water really kill a bed bug? Or is it all just wishful thinking? Let’s dive in for a closer look at whether or not water is an actual option.

Can Bed Bugs Survive in Water? 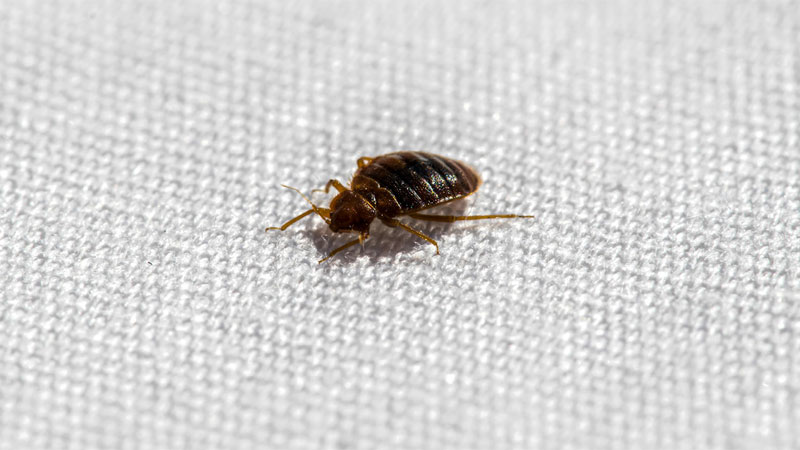 Believe it or not, this isn’t a simple yes or no question. In fact, a lot of factors can come into play that affect a bed bug’s chances of survival in water.

Their size and shape has a lot to do with this issue, for example. Bed bugs are flat and round, giving them a large surface area. They’re also very small, which means they won’t break the surface tension when they land in water.

Unless something happens to push them underwater, a bed bug can survive for several days, simply floating on the water. They can move around a little bit, but aren’t very efficient swimmers. However, it they’ve just had a blood meal, their bodies are a little more distorted and there’s  greater chance they’ll break the surface temperature and go under.

Once submerged, a bed bug will drown, but how long this process takes can be affected by the water temperature.

Cooler temperatures will slow the bed bug’s metabolism, allowing them to drown more slowly. Submerged bed bug eggs will remain viable for up to 24 hours before the developing nymph inside is killed.

But wait, we’re just talking regular water here. What happens if we add some new variables to potentially make the water more deadly? 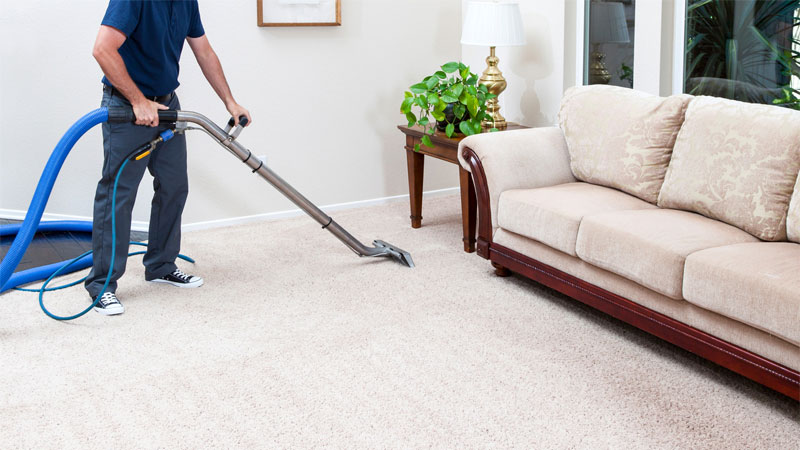 Steam is an amazing tool when it comes to cleaning, and you’ve heard us say over and over again that owning a steam vacuum (like this one) is one of the best pest control tactics out there. So just what will it do against bed bugs?

Steam is a far more effective cleaning tool than suction (vacuums) or scrubbing. Most steam cleaners work through a multi-step process. The water is heated and sent to the nozzle where it’s mixed with a detergent.

This mixture is then released under pressure, pushing the detergent into the pores of a surface. The excess water is then sucked back up into the cleaner, pulling dirt and other particles with it.

Steam cleaners can reach high temperatures, allowing them to kill many pests. The water pressure also dislodges eggs and nymphs, allowing them to be sucked up for disposal. In the end, you’re left with a much cleaner, newer-feeling surface.

The Importance of Buying the Right Model

That said, not all steamers are created equal. Some skip one or more of the steps listed above while others add extra steps. Also, the temperature can be hotter or cooler depending on the model. Commercial steamers tend to be the best choice, even though they’re several times more expensive than the ones you can pick up at your local big box store.

And temperature is the key here. The minimum temperature you’ll want is 160 degrees, so anything weaker than that won’t kill the bed bugs.

The good news is you can still use a cooler stem cleaner to some effect. When the soapy water hits a bed bug, it will be unable to flee, allowing it to be sucked up into the canister where it will eventually drown. 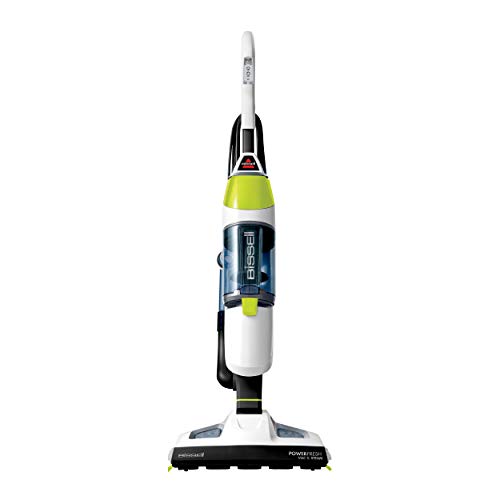 Using the steam cleaner to exterminate bed bugs isn’t very different from using it for basic cleaning. Begin by switching to a larger nozzle, as the pin-point nozzle is too powerful and will simply blow the bed bugs away instead of trapping them in the steam. You’ll want to make sure the temperature is set to 160 degrees or higher if your model has temperature control.

Go over the target area, taking your time. If using a floor nozzle, this can take a bit longer than medium-sized nozzles but will still work. Be sure to dispose of the canister contents safely, especially if you were cleaning at a lower temperature. 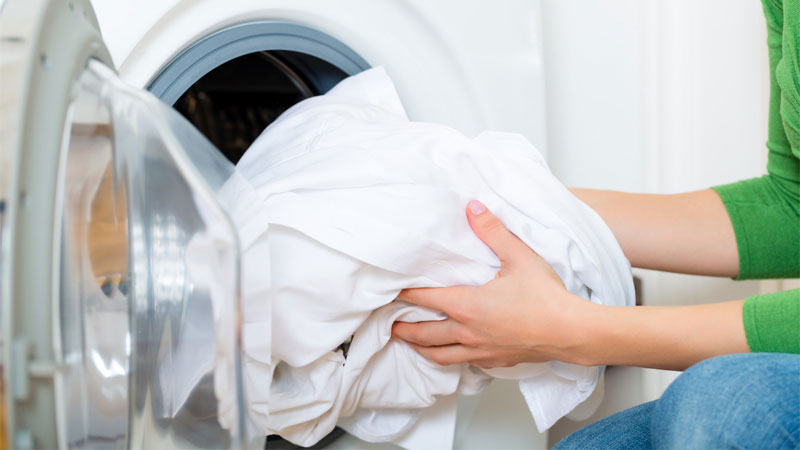 The washing machine can be an effective weapon against all sorts of nasties, but will it work against bed bugs?

On its own, the washing machine may not be enough, but it can do an incredible job when used as part of a one-two punch.

Begin by carefully transporting the infested fabrics to your washer – you don’t want any bed bugs falling out and infesting other parts of your home!

Once in the washer, you can use your regular detergent, but the washer needs to be set at the highest heat level your linens can handle. For some linens that cannot take high heat, using color safe bleach or OxyClean may help with the killing spree.

As soon as the washer stops, you need to transfer the laundry to the dryer and run that on the highest setting your linens will allow. Between the washer and dryer, the bed bugs, nymphs, and eggs will suffer from a combination of deadly traps, including drowning and high heat. 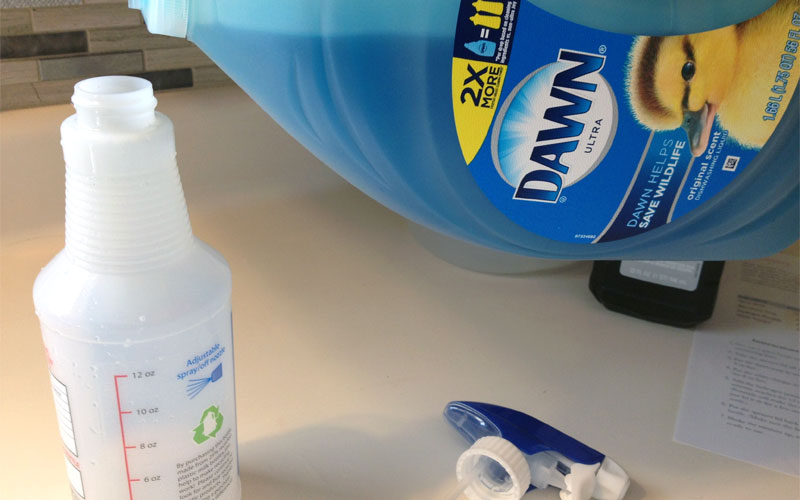 And now we come to a topic that can be far more complicated than it should be. A lot of this comes down to how you’re using the soapy water and your expectations of it.

Simply washing a surface in soapy water will do next to nothing, but there are ways to make soapy water more deadly. Here are a few things you need to know before relying on this method completely.

When adding soap to water, you’re creating what is known as an emulsion. Emulsions are where the surface tension of water no longer exists. Emulsions are used for all sorts of tasks, but the most common one is to make it possible to mix oil and water.

In the world of pest control, they can also be used to kill bugs. Dawn dish soap, pure castile soap, and insecticidal soap are the three most common (and least toxic) types of soap used for this purpose.

Do you remember how we said earlier that bed bugs can live for several days as long as they’re floating? Well what happens if you take away the surface tension before dropping one in?

The bed bugs will submerge, clogging their airways and causing them to slowly suffocate. The process is more efficient if the water is hot. However, this does require you to catch the bed bugs in order to drop them in. 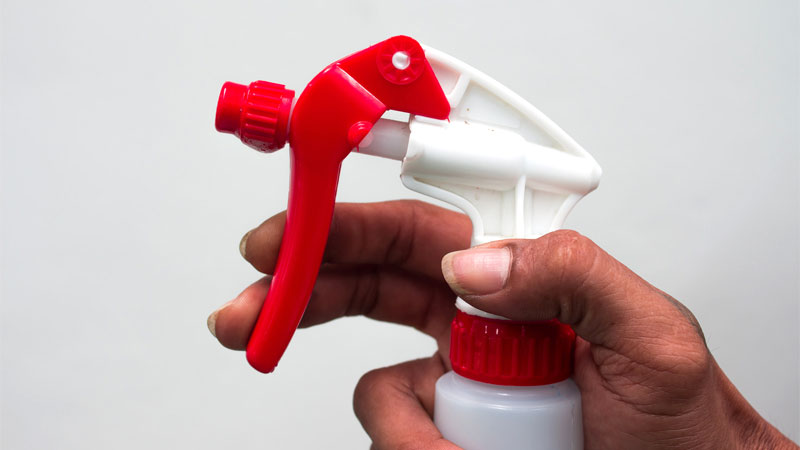 The other option that actually does something is to put your emulsion into a spray bottle and pretend you’re in the wild west.

The soapy water will only work if you hit the bed bugs directly, at which point the soap can clog their airways and suffocate them. On its own, this method will provide some limited success, but it’s useless against bed bug eggs.

But what if we take that emulsion to the next level? By adding an extra ingredient to the mix, you can make the spray far deadlier. However, most of the remedies we could mention only serve to repel the bed bugs. This includes the use of essential oils and garlic sprays.

The only thing that can prove truly deadly is neem oil. This chemical will disrupt the bed bug’s ability to reproduce and can prevent nymphs from reaching adulthood. The spray will suffocate any bed bug it comes in contact with, but you’re gain left with the need to actually hit a target that’s doing its best to not be seen.

The Verdict (and a Water Alternative)

So there you have it. Water can be a killer, but its effectiveness varies greatly. On a scale of 1 (water? What’s that?) to 5 (total annihilation), the methods we mentioned score as follows:

Obviously, the results are pretty disappointing, so what about a similar alternative?

Rubbing alcohol at 91% or better can be an excellent killer, but it won’t kill immediately and you must make direct contact.