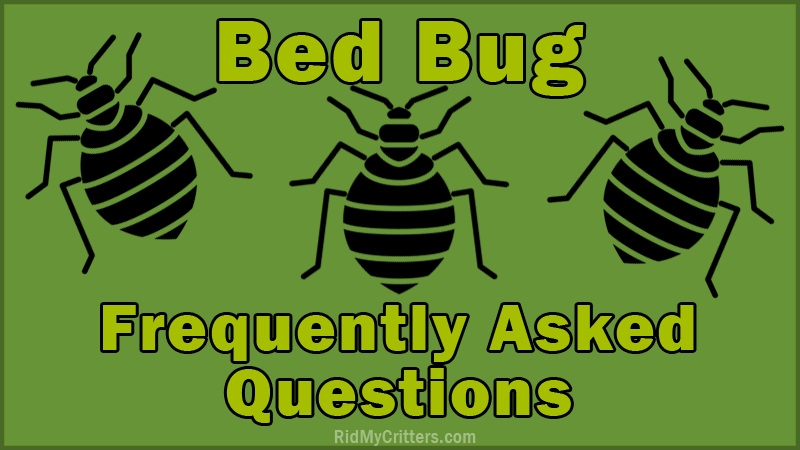 Disclosure: This post may contain affiliate links. This means that at no cost to you, we may earn a small commission for qualifying purchases.
19 shares

One of the biggest defenses against bed bugs and other pests is proper education. Not only does this include carrying out periodic inspections and knowing what to look for, but also knowing how to tell facts from fiction. In the case of bed bugs, there are quite a few myths out there to bust.

The following guide will look at many of the most common claims regarding bed bugs and bed bug treatments, determining if they’re fact or fiction. The more you know, the better your chances of getting rid of bed bugs quickly and efficiently.

Let’s start by looking at bed bugs themselves. Here are several common questions regarding these pests and their lifestyle.

#1 – Are Toys/Furniture Salvageable After Bed Bugs? 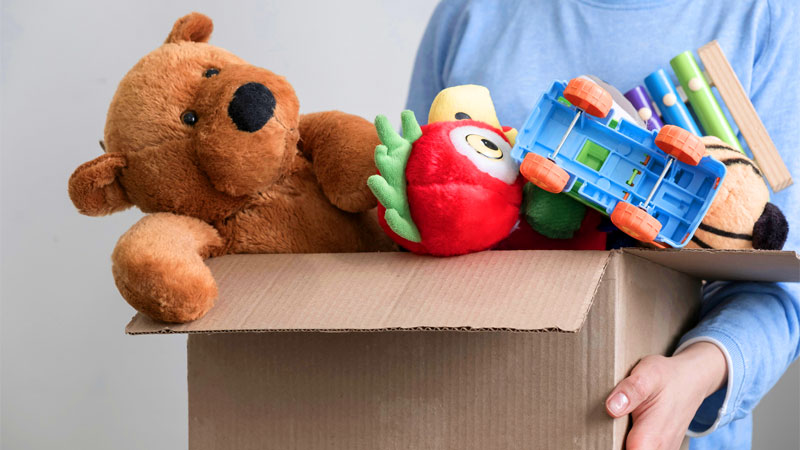 We’re sure you’ve heard plenty of horror stories by now about people being forced to destroy their beds and replace half their belongings because of a bed bug infestation, but is this really necessary?

In truth, many toys can be cleaned using heat treatments, either in the dishwasher or dryer. Electronics can be a little tougher to debug (no pun intended), but they’re not always a loss. Sometimes they can simply be taken apart and cleaned, if you have the confidence to do so.

Furniture is often discarded because people are worried about not getting into the cracks, but there are ways around this. In fact, dealing with them in the bedroom can be surprisingly easy.

Just be warned that there are other critters that can look like bed bugs or even bite you in your sleep which may be resistant to many common bed bug treatments.

You go to bed, you wake up with bites. This little fact has led to the myth that bed bugs only come out at night.

However, they’ll come out whenever there’s food nearby, even during the day. So no, bed bugs are not nocturnal. That’s not to say they like the light, and will usually run from light to avoid potential predators. 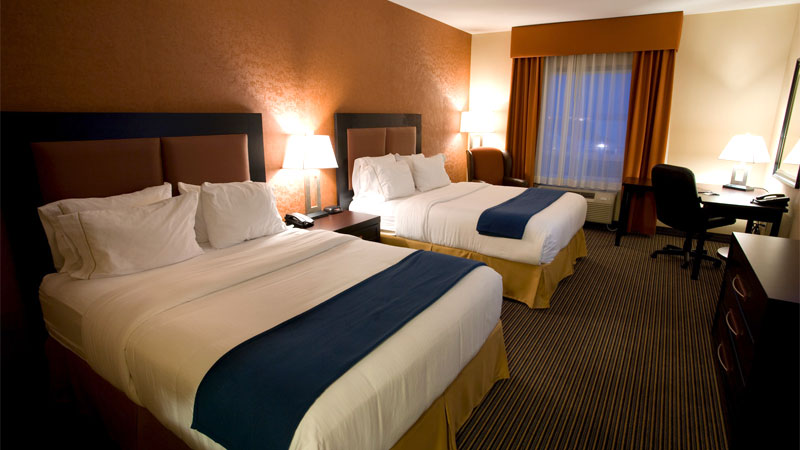 Of all the rumors out there regarding bed bugs, this is perhaps the most dangerous. Around 100 years ago, it was pretty uncommon to hear about a bed bug infestation, but heavy use of chemical pesticides have created superbugs and the bed bug population has since exploded.

While it’s true that some lucky individuals will never encounter a bed bug (or notice when they do), the simple fact is that bed bug infestations are considered to be of epidemic proportions in the US. You can easily pick up a bed bug at school, work, hotels and motels, or on public transportation.

It’s best to always remember that public places are supposed to announce if they’ve been infested but often won’t for fear of losing business. As a result, it’s best to know what to do when you think you may have been exposed.

While it’s true that bed bugs have certain things that attract and repel them to a degree, the simple fact is that you’re not immune just because it doesn’t look like the bed bugs bit you.

In fact, some people show symptoms instantly, some after a day or more, and some have zero reaction at all. 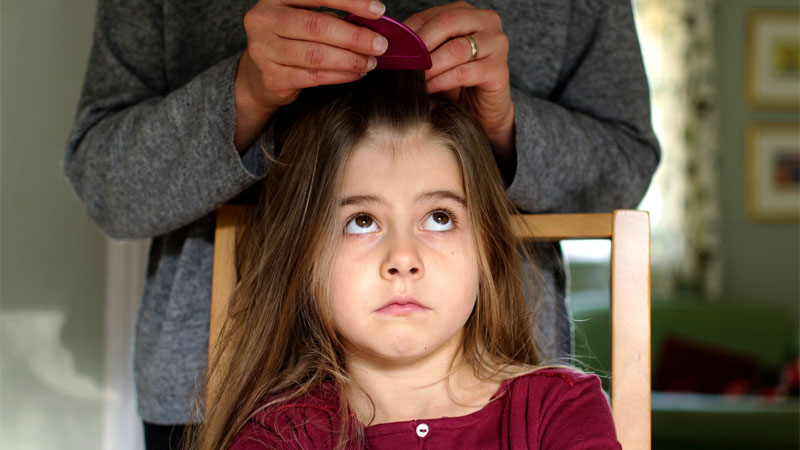 While this may seem a logical deduction (after all, similar pests such as fleas and ticks do), the good news is that bed bugs don’t like staying on you any longer than it takes to feed.

In fact, they can barely even make their way through fur, which leads many to think that a bed bug will never attack a cat or dog (they will, it’s just very rare).

Bed bugs move so fast that some people swear they can fly or even jump like a flea. Thankfully, this isn’t the case. They’re just that fast. 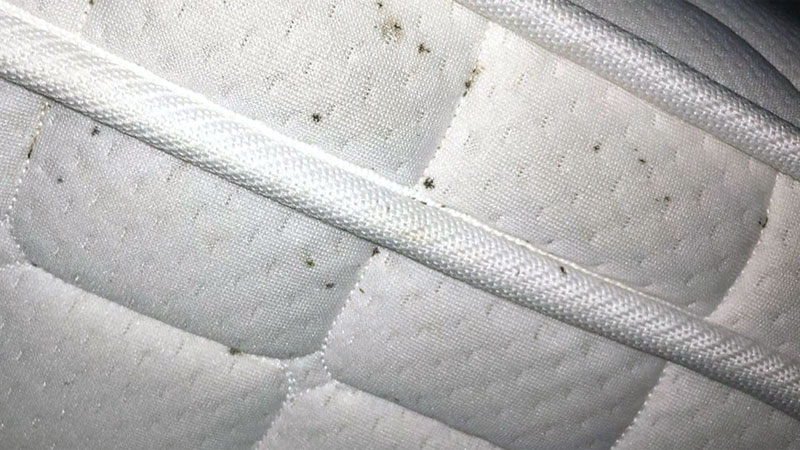 This is the flip side of the previous myth’s coin and also quite false. Bed bugs prefer to hide near any place where a food source might sleep. This includes beds, couches, and sometimes even carpets.

They can be anywhere in an infested room, although they’re most often within a few feet of the buffet.

#8 – Can Landlords Be Held Responsible for Bed Bugs?

This is an incredibly important (and complicated) matter. There are no Federal laws regulating bed bugs, and every state has its own spoken or unspoken laws.

For many, this issue falls back to what’s known as the “warranty of habitability”, i.e. the unspoken right of all tenants to have a home that meets certain standards of safety and accommodation.

In such cases, you and your landlord are equally responsible for pest control. Proving the pests were there before you moved in can put the burden of extermination fees on the landlord, but otherwise the fees will likely fall on the tenant.

In a few states, such as New York, there are a few State laws which protect some or all public places from infestation, but municipalities hold the final say when it comes to a residence.

For example, in many New York cities, the landlord is solely responsible for extermination costs, often within a specific timeframe. Meanwhile, other municipalities and smaller towns may fall back on the warranty of habitability.

It’s always best to check up on your local and state codes regarding pest control, and (if you are a landlord), have a record of inspection prior to new tenants moving in, as well as information in the lease regarding any pest control laws and when the responsibility falls on a tenant or landlord.

In the event of a multi-family tenement, such as an apartment building or hotel, it’s important to confirm whether other tenants are having bed bug issues, as this can have a major effect on whether or not the landlord is responsible. 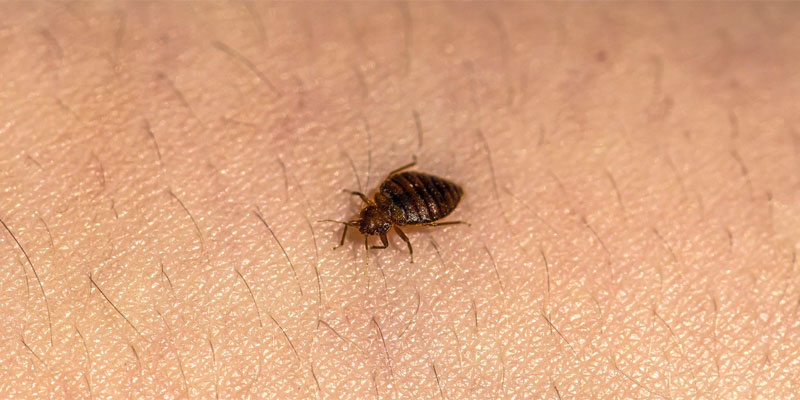 This myth is actually understandable. As females require a blood meal to reproduce, it’s easy to assume males don’t need blood. However, both males and females subsist entirely on blood.

Now that we’ve covered bed bugs themselves, it’s time to look at the minefield that is home remedies, as well as some chemical options. Bed bugs CAN be eliminated from your home, but it’s not always easy.

Also, keep in mind that your mileage may vary based on how often an infestation is exposed to a specific remedy. To be most effective, it’s important to switch it up occasionally or these critters will simply get used to the treatments.

Also note that it’s sometimes easier to hire an exterminator than to try and deal with the bugs themselves. However, rubbing alcohol and other home remedies may still be used in conjunction with a professional visit. 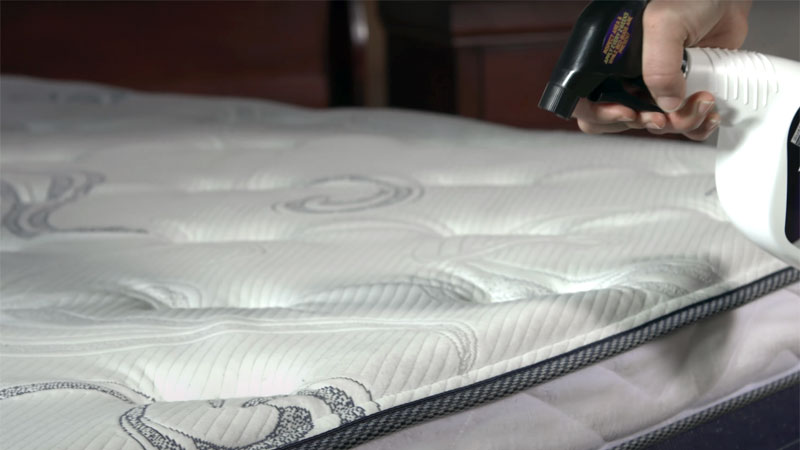 This is a matter of some debate, and often comes down to YMMV (your mileage may vary). According to a 2013 study, chemical compounds found in many common chemical repellents were found to be nearly to totally ineffective against bed bugs.

However, it was also found that the popular brand DEET can be quite effective at repelling bed bugs temporarily, although their hunger will eventually cause them to ignore it.

As for chemical pesticides or insecticides, these can be incredibly effective, if used in moderation.

Many exterminators employ canine detection, but this method isn’t all it’s cracked up to be. Dogs can’t tell the difference between a new infestation and an old one. Likewise, they might give false positives or fail to detect an infestation.

Thus, while fun to watch, don’t rely on this as a foolproof method.

Some essential oil scents can repel bed bugs, and lavender has been known to kill bed bugs on direct contact. However, your results may vary and bed bugs can get used to a single smell over time.

Yes, spiders can eat bed bugs. although they’re not likely to eat enough to slow or stop an infestation. 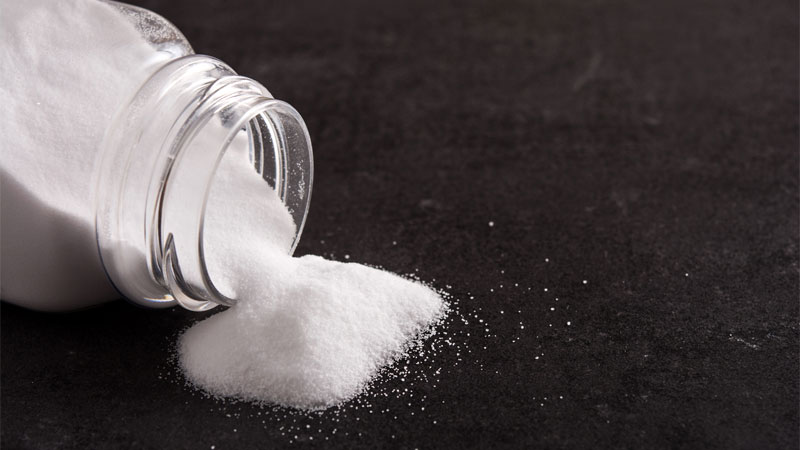 In theory, baking soda can kill bed bugs in multiple ways. In practice, however, you have to apply it frequently and it isn’t an instant kill, making it highly impractical as a consistent bed bug killer.

When dealing with cracks or crevasses where vinegar can be safely used, you can use this in the classic one-two cleaning combo.

Bleach will dissolve the exoskeleton of bed bugs, killing them. However, it must come into direct contact with the pest (usually via spray) and has a high risk of damaging furniture, fabrics, or your skin. So yes, bleach will kill bed bugs but with serious side effects. 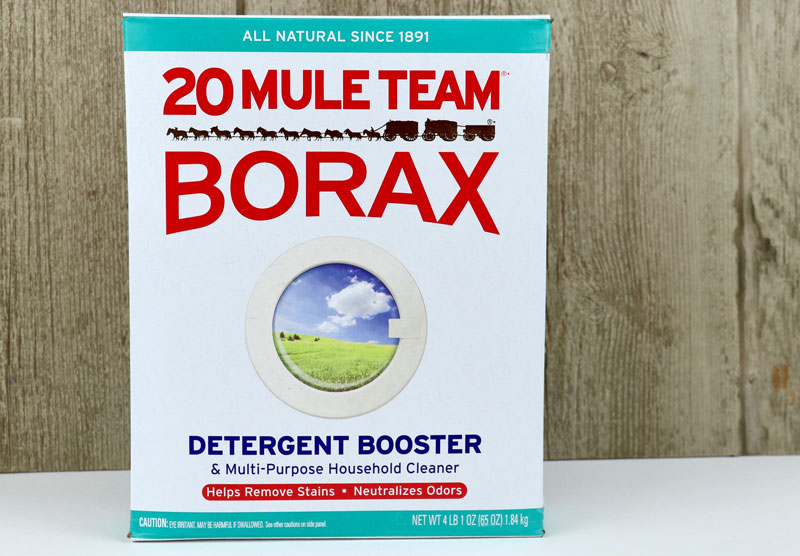 If used as a contact killer, borax is about 33 percent effective at eliminating bed bugs.

Bed bugs aren’t attracted to dirt, they’re attracted to hiding spots. As a result, cleaning won’t get rid of these pests, but it can reduce their potential hiding spots to make detection and extermination easier.

Yes, diatomaceous earth will kill bed bugs although you probably don’t want to sleep on it. It’s great for edges of the room, though. 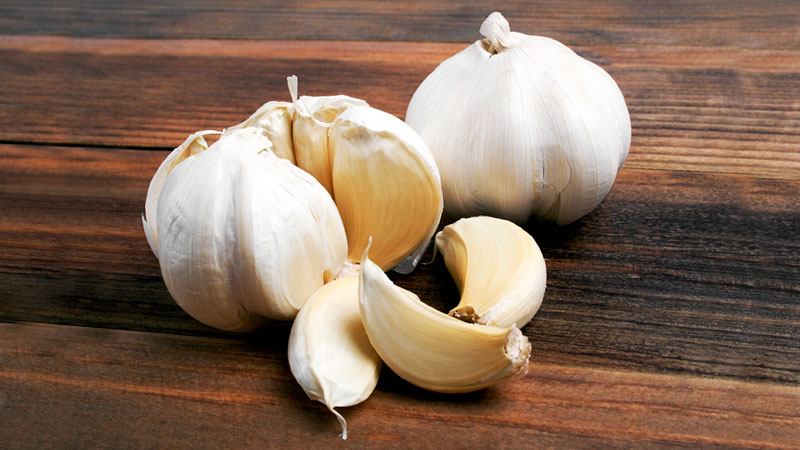 Garlic can be a pretty effective way of repelling bed bugs (and people). There are two ways it can be used.

If you’re Italian or simply love the smell, you can spray your bed with a garlic spray. Just be ready to sleep alone. Conversely, you can eat a lot of garlic and the bed bugs will often avoid you. Just be warned, if they get hungry enough, they’ll still come for you.

This is a pseudo myth. You CAN kill bed bugs if you pretty much drown them in Lysol, but this popular germ killer is otherwise totally ineffective. 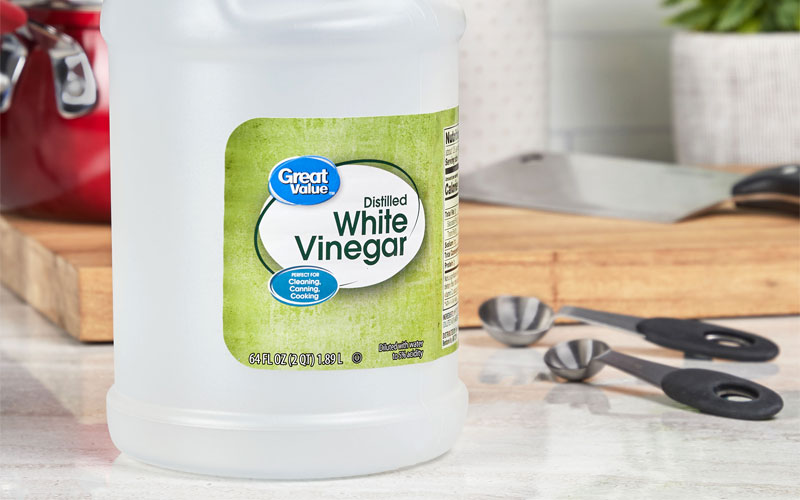 Vinegar can kill bed bugs if you douse them in it, but can also damage furniture and cause other problems. You can use it for spot treatments, but don’t try to rely on it.

While it’s true that high heat can (and will) kill bed bugs without fail, there’s a common misconception that cold does the same. Unfortunately, putting your mattress outside over the winter won’t cure it of bed bugs and will probably just result in mold.

For bed bugs to be killed by cold, they need direct exposure to temperatures of around 3° Fahrenheit or colder for at least an hour.