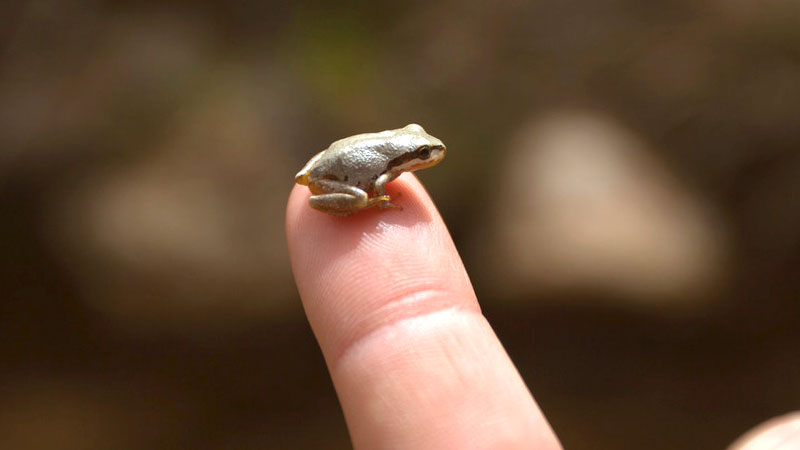 Disclosure: This post may contain affiliate links. This means that at no cost to you, we may earn a small commission for qualifying purchases.
11 shares

Have you ever seen a baby frog? They look so cute, and that’s why some people choose to have them as pets.

There are nearly 4,800 species of frogs on this earth. From all of these, baby treefrogs, baby bullfrogs, and baby Pacman frogs are more popular than any other type of little frogs.

Since there are thousands of species, it’s not possible to include all of them in just one article.

But here we try to cover all the important aspects and everything you need to know about these tiny adorable hoppers. So dive right in.

See Also: How to Get Rid of Frogs

What is a Baby Frog Called?

In the first few weeks, a baby frog is called a tadpole or a polliwog. But a majority of people refer to them as tadpoles. In this stage, they have a long tail, and they live underwater.

The froglet is the stage when a baby frog is very near to becoming an adult. In this stage, as it develops lungs, limbs, teeth, and almost matures and becomes an adult, they have a small tail.

So, when the baby frogs are in the early stage of their life, you can call them as polliwog or tadpole, and when they’re just nearing to becoming an adult, you can refer to them as froglets.

When they become an adult, they’re naturally known as just frogs.

After hatching from the egg, a frog stays in the tadpole form for a few days. These tadpoles come out from the eggs in the water, and they stay underwater in their larval stage.

Slowly, these tadpoles change to an adult frog by absorbing their own tail. It is believed that they absorb their tail for the nutrients so that they can develop their lungs for breathing and the limbs for walking on the surface.

But, when a baby frog comes out from the egg, it has a small tail and underdeveloped gills. 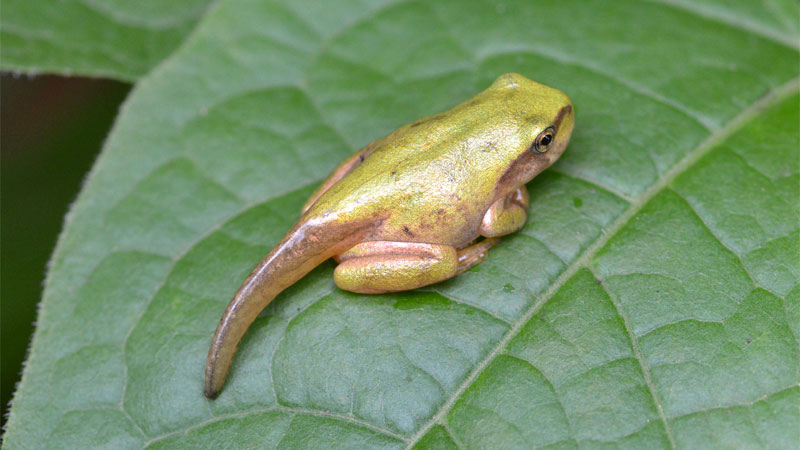 What Do Baby Frogs Eat?

We already know that adult frogs eat insects and worms by using their strong tongue. But, what about the baby frogs? Do they also eat insects or something completely different?

These little frogs don’t eat insects like crickets and grasshoppers because they’re too small. At this stage, they don’t have teeth.

Also, if they ate insects and worms, they would have to go outside and hunt them, this could result in them being attacked by predators because of their small size and lack of defense.

As these froglets or tadpoles cannot defend themselves, they keep inside the water, feeling more secure there than the outside world.

After hatching from the egg, these tadpoles eat the yolk of the egg. After that, when they go outside, they stay well-hidden underwater for the next few weeks and survive by eating algae and other weeds.

Read Also: What Do Toads Eat?

How to Take Care of and Feed a Baby Frog

If you’re planning to have a baby frog as a pet, then you should know how to take care of it. In the early stage of their life, the baby frogs need protection and food.

So, the first thing that you have to do is provide them with a place where they can thrive and grow.

In the early stage of their lives, they are more dependent on algae and green plants and vegetables, so provide them plenty of those for their development.

Once they are out of the tadpole stage, they have similar food requirements as the adult ones like worms and insects, although their meal should be smaller in size.

So now you know the different names of baby frogs that you can use to call them. The most common being tadpole or froglet.

Along with that, the eating habits of baby frogs are also different. They eat egg yolk and algae in the initial stage of their life, and then they move to the insects and worms.

Whether raising a frog from tadpole to adult frog for a science project at school or simply having a pet, the baby frog stage is one of the best (and most adorable) parts.